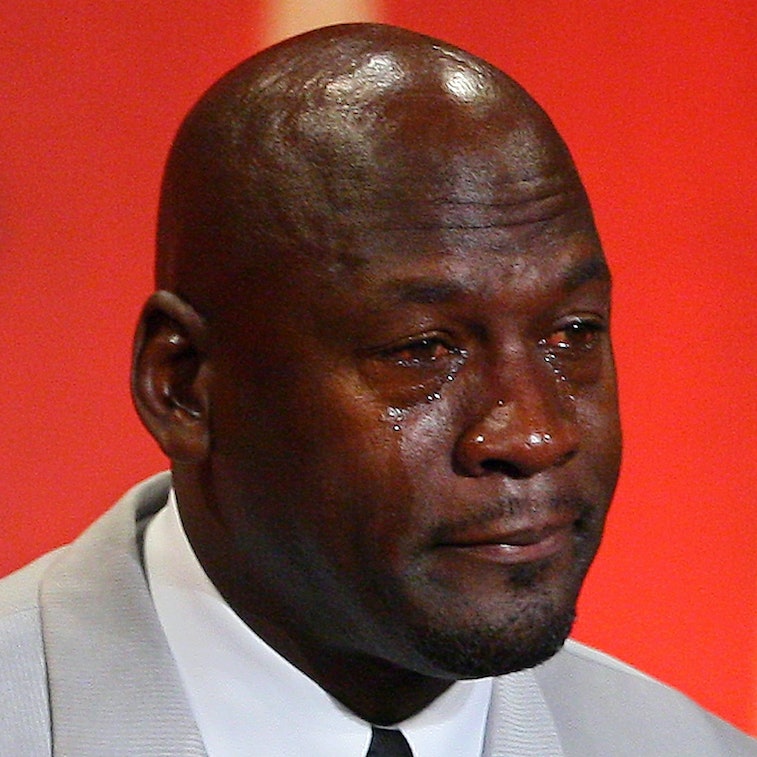 While Michael Jordan still doesn’t own the rights to his own name in China, he’s made out with a consolation prize from a Chinese knockoff company named after him. In the latest installment of Jordan’s years-long saga of trademark suits, bootleg manufacturer Qiaodan has been ordered to pay the NBA legend $46,000 for “emotional damages,” plus additional fees.

Jordan has filed 80 lawsuits against Qiaodan since 2012. The company operates nearly 6,000 stores across China, and has registered around 200 trademarks related to Jordan, including 12 it applied for just last year. Jordan didn’t win any of his lawsuits until 2016, when China’s Supreme Court awarded him the right to his name in Chinese characters, but not the phonetic English spelling in Chinese translation — Qiaodan.

A costly case — Qiaodan has maintained that Jordan is a common Western name, and not a reference to the NBA superstar. Cue the crying Jordan meme. But according to Variety, a Shanghai court ruled Wednesday that Qiaodan used Jordan’s name as its brand for decades, and did so without authorization and with the intention to “mislead” consumers. It did not, however, appear to revoke the company’s right to use the phonetic English spelling of Jordan’s name in Chinese translation.

As a result, Qiaodan was ordered to pay Jordan $46,000 for emotional damages, along with $7,600 that will go to legal expenses. Unfortunately for Jordan, the court can't order the company to stop using his name entirely, as China’s trademark laws state that there's a five-year window where registered trademarks may be disputed. Poor guy.

The court, however, ruled that the company must stop using the Chinese characters of “Qiaodan” in its corporate name and product trademarks, and issue a print and online public apology clarifying that it has no connection to the basketballer himself. Qiaodan must also take “reasonable measures” to indicate and clarify that its older trademarks have no actual ties to the NBA star, Variety reports.

Chumpman — MJ can’t catch a break. While he’s now scored some compensation for his suffering, his fight is long from over. Qiaodan’s logo, the silhouette of a jumping basketball player, is very similar to Jordan’s well-known Nike Jumpman logo, a silhouette of him jumping to dunk. Despite the striking resemblance between the two, China’s Supreme Court did not rule that the logo violated Jordan’s rights, referring the issue out for retrial. We can only imagine Jordan’s frustration, but we think this picture does nicely.