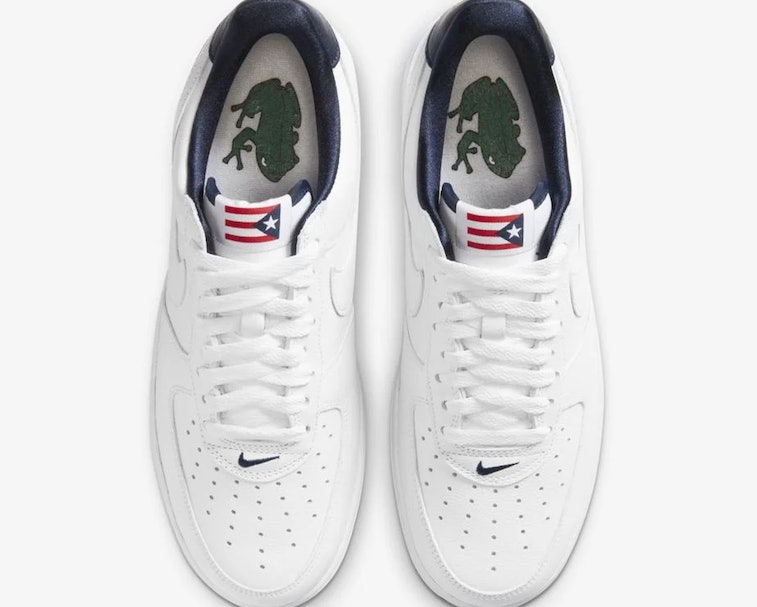 Nike's highly anticipated Air Force 1 "Puerto Rico" reissue has been done in by a printing issue. The release, which was set for June 26, has been cancelled altogether because the Puerto Rican flag appears backward on the tongue.

A spokesperson for Nike confirmed the news to Just Fresh Kicks, which will come as a major blow to anyone who's been waiting for the updated model. While it's understandable for Nike to avoid releasing an inaccurate version of the flag, it's a little jarring to see the whole release scrapped so suddenly. It also feels particularly disappointing when the Puerto Rican Day parade in New York City has also been cancelled.

A grail may emerge out of this — Because Nike is pulling the sneaker's preemptively, any of the AF1s that do survive and make their way out of Nike's hands are likely to become hot commodities. Sneaker culture is ultimately about storytelling, so botched production and an effort to keep the sneakers away from the marketplace make for a compelling narrative.

Sale prices for the sneaker have already skyrocketed on StockX, hitting a high of $627 that may just be the beginning. An Air Jordan 1 "Reverse Shattered Backboard" with a flawed, upside-down Nike Swoosh was valued at nearly $150,000 on the secondary market, which shows just how much pairs can go for when there's a factory mistake involved.

A different pair of Jordans, a "Gold Toe" AJ1, that was delivered to a customer with another upside-down Swoosh is valued at nearly $100K — these kinds of flaws, essentially, turn sneakers into highly coveted items for collectors.

The Latinx community still wants it — The original Puerto Rico AF1 dropped in 2000, so this reissue was long-awaited by the Latinx community, and sneakerheads who want it are still hoping that Nike will launch a pair with the accurate flag eventually. Some users on Twitter have also suggested the company sells the pairs with the backwards Puerto Rican flag, though there's absolutely no chance Nike is going to do that.

Ultimately, it's a mistake on Nike's part, and a quite an embarrassing one at that. This is the definition of "You had one job," and somehow the company managed to screw up a detail that should be so simple. We'll have to wait and see if Nike decides to re-release the Puerto Rico AF1, but for now, it may not be such a bad idea to grab one from a resale app, as value for these flawed pairs will likely continue to climb.