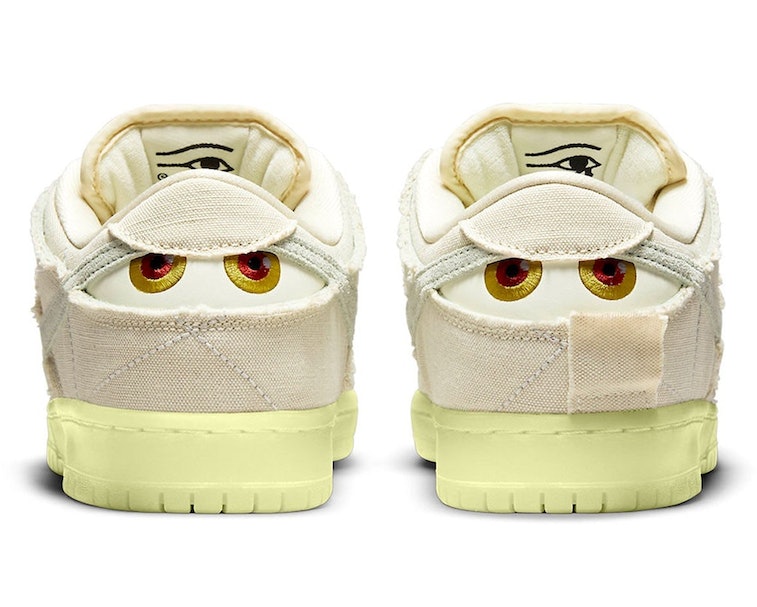 A Jacksonville, Florida skate shop has had to cancel its release of the Nike SB Dunk Low “Mummy” over an apparent theft. In a story posted to its Instagram page, The Block Skate Supply says its stock of the highly anticipated sneaker was stolen in shipment somewhere between Nike’s warehouses and FedEx’s distribution center.

While there’s no reason to question The Block Skate Supply’s story, the alleged theft does raise further questions about the security of Nike’s most high profile releases. Earlier this year, Jordan Brand came under scrutiny for the launch of the Air Jordan 1 “Freeze Out” through Trophy Room, an Orlando based sneaker boutique owned by Michael Jordan’s son Marcus. Trophy Room’s raffle for the sneaker was marred with problems, and images revealed resellers with massive stock of the sneakers to suggest the boutique had sold pairs in bulk to select people in a practice known as “back dooring.”

Resellers are also well known to use bots in order to boost their odds of securing key sneaker releases, which can be disheartening to regular customers who feel they have no chance of purchasing by playing fair. Now, because of theft during shipping, sneakerheads in Orlando have seen their hopes dashed for a limited-edition Nike SB release that’s only being done on a local basis.

Input has reached out to Nike for comment and will update if there’s a response.

A hard sneaker to come by — Unlike many other of Nike’s most high profile releases, the “Mummy” Dunk isn’t being made available through the SNKRS app. Instead, local skate shops are handling the release in their respective cities — a rollout method that harkens back to Nike SB’s earlier days and its roots in skateboarding culture.

Because the release is being handled on a shop-by-shop basis, some stores have already sold the “Mummy” Dunk while others are still waiting. On resale platforms such as StockX, the sneaker is fetching more than $500 a pair, a figure that’s sure to go up even further over time.

With its tattered design and creepy eyes at the heel, the “Mummy” Dunk is already being hailed as one of the best SB releases of the year. But for would-be customers in Orlando, the fun has been spoiled before it could even begin .