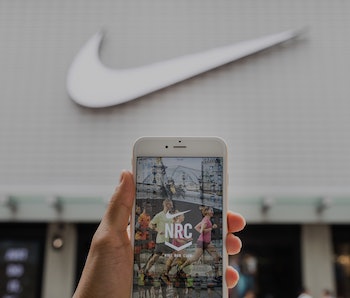 Runners in China will have to find another app to track their running stats this summer. Starting July 8, Nike it will be sunsetting its Run Club app in the region, according to Reuters. More than 8 million users received the announcement as a notification in the app, which read: “It’s with sadness that NRC APP will cease service and operation in your market from July 8.”

The end of a good run — Nike hasn’t specified why it’s discontinuing the app in China beyond citing “business reasons,” MSN reports. A spokesperson for the company told Reuters that Nike is planning on finding ways to better adhere to the needs of its Chinese community. Although it’s unclear how the current app was lacking, Nike did say it was working on an “enhanced and localized solution in the future.”

Privacy laws — In 2021, Beijing implemented two new laws on personal information protection, both of which affect an app’s ability to collect personal data in China and send that data overseas. Nike isn’t the first American company to cut its ties with China after the new guidelines, as Yahoo! stopped its Chinese services last November because of a “challenging” environment. Microsoft also pulled LinkedIn from the country in October while citing harsher “Internet censorship” as the cause, and Airbnb and Kindle have since followed suit.

The Run Club app, which launched in China in 2010, is available in multiple countries, allowing users to track pace, location, health stats, and even challenge their friends to run. Its progress management and easy-to-track improvements make it a go-to for casual joggers and competitive runners alike. Other apps on the market might be a turn-off because of pricey in-app purchases and expensive subscription plans.

Nike encouraged users to export their personal and sports data information to other devices and also offered assistance in canceling membership accounts if needed. After serving the country for more than 40 years, the Nike rep said the brand would continue “creating an ecosystem from China for China.” More than 600 million kilometers were tracked within the app by the community, but the journey is far from over.