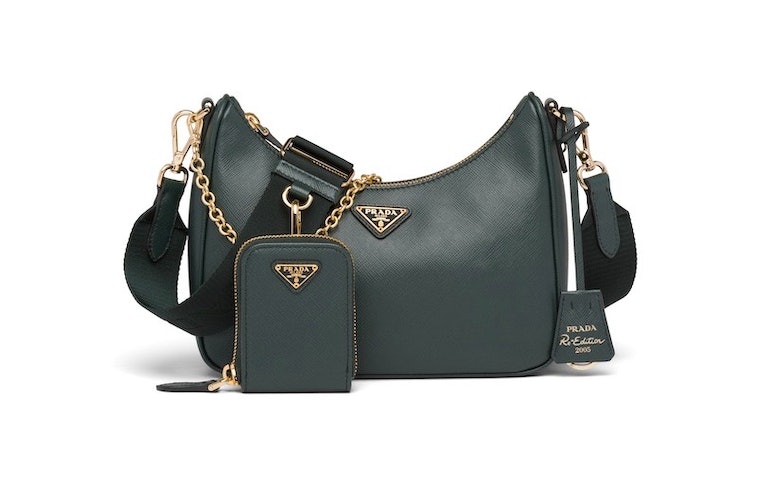 Deal lovers, listen up. While we’re all used to shopping mall sales or scouring a T.J. Maxx for deals, it’s rare to find genuine designer pieces at a heavily discounted price. So imagine the surprise of Japan’s late-night shoppers upon discovering Prada’s website advertising its entire range for 99 percent off.

Unfortunately, this wasn’t a result of an incredible flash sale. Instead, a programming error was responsible for the markdowns, which drew hundreds of Prada-hungry shoppers to the site. Like any reasonable person would, they began filling their carts with the brand’s best selling items, now all priced under $20.

A steal — The luxury products were priced at literally next to nothing. Most of the website’s items, including signature pieces like nylon bags, bucket hats, jackets, and sneakers, were available anywhere between $5-20.

According to the lucky shoppers that witnessed the accidental sale, the sale went live at midnight on November 10, lasting until November 11 at 4PM. So not only did someone at Prada completely f*ck up, but they couldn’t reverse their terrible mistake for hours. I’m not an IT person, but I’m assuming a problem like that could be fixed with the click of a button?

Prada began damage control by apologizing on Twitter “for any inconvenience that was caused.” Though the brand has yet to release a more detailed statement, it’s rumored Prada has been canceling the heavily-discounted purchases. After all, it wouldn’t want to look cheap.

Bad press — This isn’t the first time a luxury brand has royally messed up. In September, a Louis Vuitton employee was caught heading a huge counterfeit scheme in Shanghai. The offender repeatedly sold off the newest bags to a group in order to enable it to get a head-start on making illegal replicas, which included high-tech Near-Field-Communication tags. The tiny NFC sensors are used by other designers, like Moncler, to indicate when and where the product was made and confirm its authenticity. Even real LV bags don’t include this feature yet.

Like Prada, Fred Perry suffered from brand damage and unwanted associations after the Proud Boys adopted one of its polo designs as their uniform. The brand quickly halted sales of the shirt and completely removed the product from the website. Similarly, Burberry suffered a financial hit after their products were embraced by “chavs” in the U.K., a term that translates to someone tackily obsessed with brands.

Though I don’t think Prada will suffer any hardships because of the incident, it might move forward with less online sales in order to redeem itself as an “exclusive” brand. I salute the Prada worker responsible for this issue, though deep down I wonder… Could hacking websites be the new extreme couponing, and is there a chance this method could work?

In the meantime, you might want to take a stroll down Canal Street — it doesn’t look like we’ll be getting any discounted designer anytime soon.