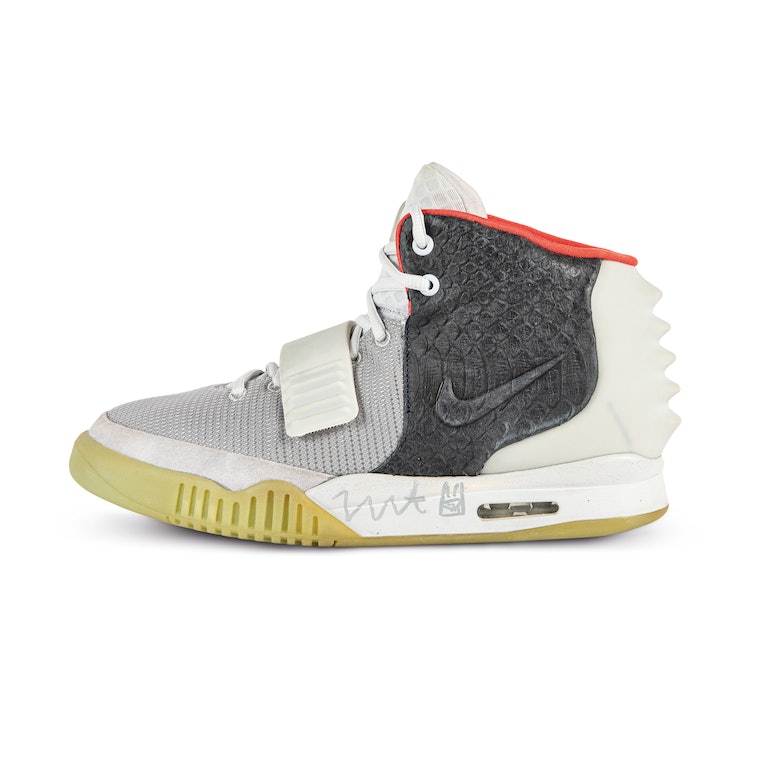 Rare sneakers, per the name, are hard to find on resale sites — but Sotheby’s has just unveiled a goldmine. The auction house revealed 50 pairs of some of the most coveted Nike sneakers ever produced, calling the bidding event “Scarce Air.” Going deeper than just hype, these shoes hold influences from music, athletics, and art, even previously belonging to or signed by celebrities. One-of-a-kind samples are also being auctioned off.

Of course, this isn’t like a sale on StockX. Sneakers are expected to go for up to $60,000, with the cheapest model estimated to wrap up bidding around $18,000. Unlike fellow auction house Christie's, Sotheby’s has yet to announce whether they will allow bids to be placed with Bitcoin — rather, it seems the auction house is leaving it up to the seller whether they want to accept the cryptocurrency or not. And if you do win a bid with Bitcoin, you’ll still have to pay cash for the auction house's cut of an item's overall sale. No matter how you’re planning on paying — as if merely browsing the Scare Air auction didn’t feel expensive enough — be prepared to drop some big bucks on these big name sneakers.

Real sneaker culture — Sotheby’s collection spans over 50 pairs of shoes. Leading the pack is a Nike Air Force 1 Entourage x Undefeated x Fukijama Gold, created for the hit HBO TV series Entourage. Actually a plotline of the show — an expensive one, too — the striking sneaker features a laser-etched design on its metallic gold leather panels.

If you love that throwback, you’ll love this one too: Sotheby’s is also offering a Nike Air Yeezy 2 ‘Mismatch’ sample designed by Kanye West, and actually signed by the artist. The style was never put into production by Nike (or later modified at Adidas). By purchasing this sneaker, it’s possible the only people in the world who might own it would be you and Ye.

You can twin with Usher, too, as three pairs of Jordan 3s, 9s, and 11s in all-gold go up for auction. The Midas-like shoes were designed in commemoration of the singer, songwriter and dancer, and will be offered together as one lot. The ultra rare sneakers have only been seen on the feet of Usher and Kyrie Irving.

The last highlight Sotheby’s is tempting us with is three versions of the Eminem ‘Encore’ Jordan 4s. Considered one of the rarest releases of the silhouette, the sneaker is long sought-after by collectors — not just Stan. Only 50 pairs were given out to friends and family in 2005 to commemorate the release of Eminem’s Encore album, and this pair up for bid actually comes with a ‘Shady Records’ card signed by Eminem himself.

Ultra-rare pairs — Sotheby’s has partnered with premier sneaker store English Sole to present this extensive sale. “We couldn’t be more excited to partner with English Sole to present this carefully curated group of extremely rare sneakers, some of which have never surfaced in a public auction before,” said Brahm Wachter, Sotheby's Head of Streetwear and Modern Collectables. “We hope that we are able to honor the unique history of each [sneaker] through this offering.”

The auction house’s Scarce Air event starts today, and runs through March 29. Even if you haven’t got the cash to bid, though, browsing the rare sneakers up for auction is free. Take a look at the collection on Sotheby’s website, and marvel at sneaker history.