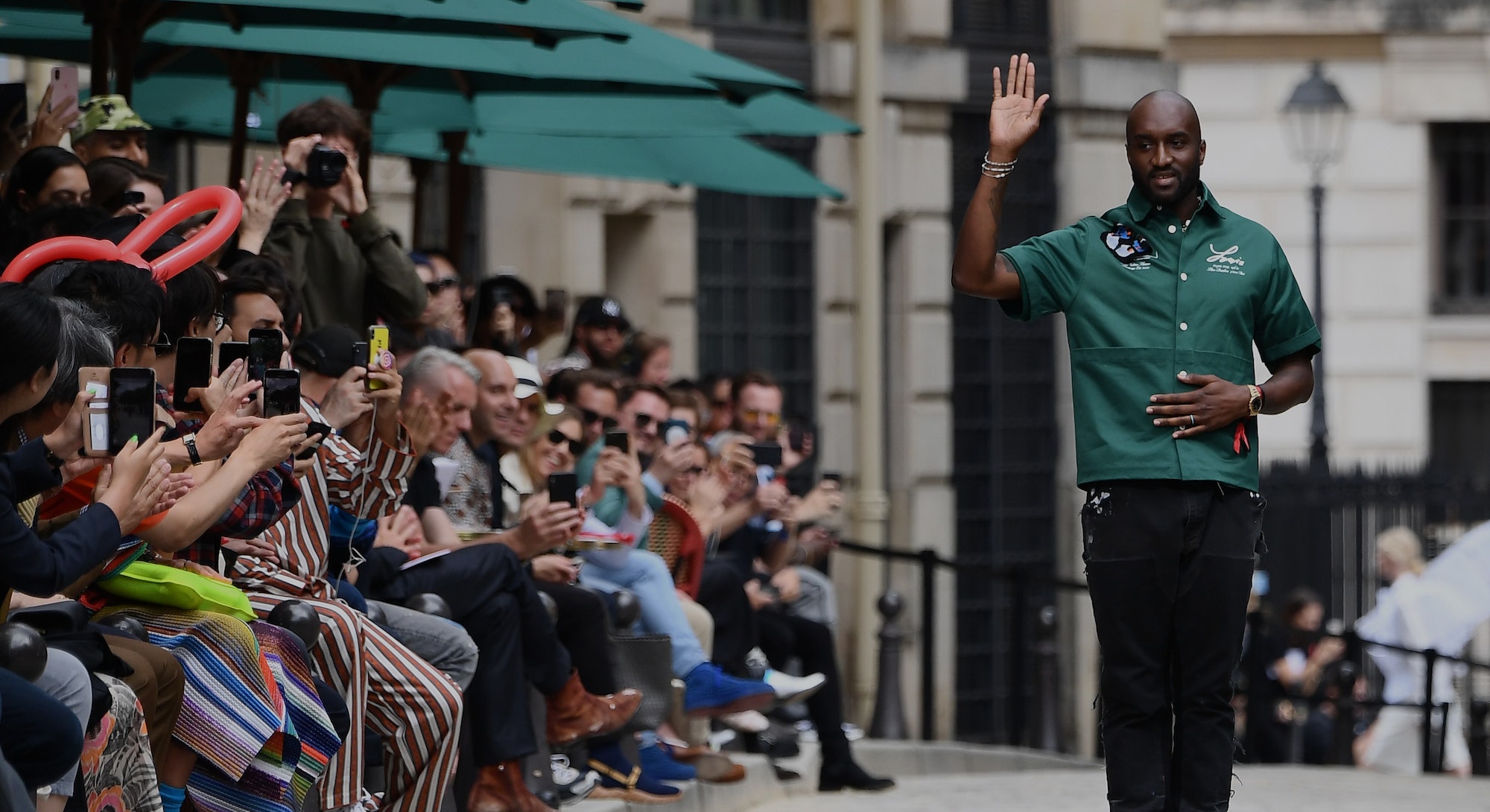 The world of fashion wouldn't be what it is without drama.

This month, we got the full of extent of that when Belgian fashion designer Walter Van Beirendonck called Virgil Abloh, Artistic Director for Louis Vuitton menswear and Off-White founder, a "copycat" and "not a designer." His strong words came after Abloh showed off his latest collection for LV on August 6, which Van Beirendonck seemed to believe featured some looks that were all too familiar to him.

"He can’t create something of his own season after season, and that is painful," Van Beirendonck said. "As for me, throughout all these years in fashion, I have patiently built up a signature language. That language is mine. It’s me. And he takes it, makes a copy of it. You can reinterpret things, do them in a different way. But this is just embarrassing. Meanwhile, Abloh gets a lot of money. He’s the one who cashes in." The main piece in question was a royal blue overcoat with a plush attached, a similar design to one from Beirendonck's FW16 collection (both pictured below).

In response, Abloh denied Van Beirendonck’s plagiarism claims against him, saying that the inspiration for his FW20 designs came straight from the Louis Vuitton archives. "Walter Van Beirendonck’s claims are completely false," said Abloh in a statement to Highsnobiety. "They are a hate-filled attempt to discredit my work. The inspiration for my collection comes from the DNA of Louis Vuitton, including the 2005 Louis Vuitton menswear show, and it was clearly outlined in the notes distributed to the press when the show began. This is yet another instance of false equivalence to try to discredit me as a designer."

“They are a hate-filled attempt to discredit my work.”

Before we get into Abloh's "hate-filled" comments, though, let's dial it back slightly. For starters, his entire design ethos is the "3-percent approach," which is based on the premise that he takes an existing idea, tweaks it by 3 percent, and finally, calls it his own — whether that original idea came from his employer, Louis Vuitton, or someone else, like Van Beirendonck. It's easy to see how that might be problematic, but less so when you consider how fashion designers have historically tended to borrow from each other. So, the question becomes: at what point does inspiration become plagiarism?

This also isn't the first time Abloh has been called out for being a "copycat." Last year, shortly after his Off-White Fall 2019 men's show in Paris, Diet Prada (an Instagram page that draws attention to questionable behavior in the fashion industry) claimed that Abloh had cloned two looks from up-and-coming designers Colrs and Gramm. As with the Van Beirendonck and Louis Vuitton pieces, the resemblance here was indeed uncanny, as well. Abloh said at the time the similarity between his Off-White designs and those by Colrs and Gramm were pure coincidence, noting that it came down to "basically the use of a yellow fabric with a pattern on it."

Abloh is currently one of the only Black people in a creative position of power.

Look, no one is arguing that Abloh is the most original designer to ever grace the fashion space — he would even tell you how much Raf Simons influences and inspires his work. But it does seem strange how often he gets singled out. Is it because he's figured out how to become a hype machine, thanks to collaborations with giant brands including Nike and Ikea? Is it because his peers firmly don't believe he's a good designer? Or, is it simply because the color of his skin?

At the luxury level, the fashion space is narrow, and Virgil Abloh is currently one of the only Black people in a creative position of power as the Artistic Director for Louis Vuitton's menswear. Aside from Olivier Rousteing, who has been Balmain's creative director since 2011, and perhaps Dapper Dan, who has done collaborations with Gucci, there just aren't many Black designers working with (let alone leading) high-fashion or luxury labels. That's why it was such a huge deal when Louis Vuitton chose Abloh to run its menswear collection in 2018, because sadly no one expected it.

What's even more interesting about Van Beirendonck’s accusations about Abloh is that even he acknowledged how most fashion designers aren't exactly original. "Copying is nothing new," he said. "It’s part of fashion. But not like this. Not on that level, with their [Abloh and LV's] budgets, their teams, their possibilities. That’s what is shocking to me." Naturally, Kanye West came out in defense of his best friend Abloh, saying "Virgil can do whatever he wants. Do you know how hard it’s been for us to be recognized? Coming from Chicago?"

“Virgil can do whatever he wants.”

Since trying to break into the fashion world in 2015 with his own Yeezy line, West himself has dealt with similar claims of plagiarism, though not from established designers like Van Beirendonck. While West is the last person on Earth who should be the voice of reason right now, he does have a valid point that Black designers have had to break down barriers that don't exist for their white counterparts. Perhaps West and Abloh are victims of their own success, because it threatens to shift the paradigm of fashion as we've known it — without much diversity.

Abloh's designs aren't unique by any means, though neither are everyone else's in fashion. And with Abloh's proven track record in the industry, at the very least he now deserves the benefit of the doubt. But will his peers, including Van Beirendonck, ever give it to him? Only time will tell.

This article was originally published on Aug. 19, 2020