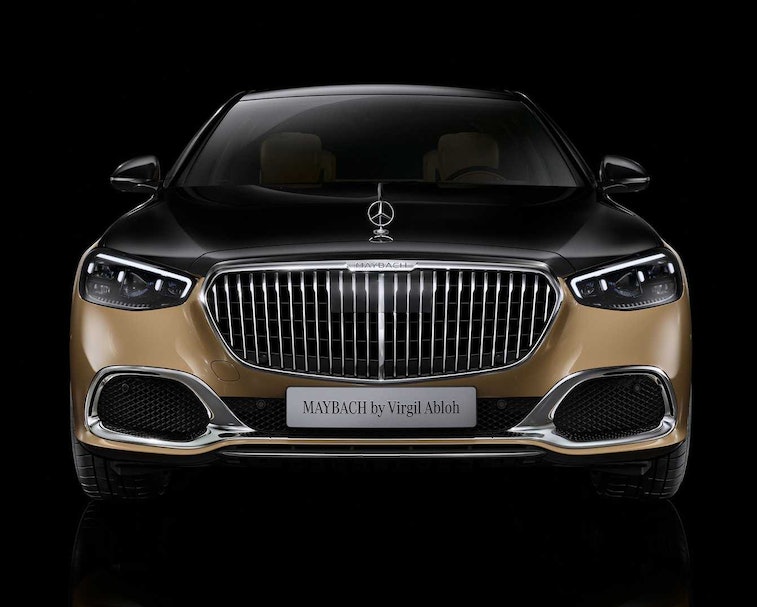 In December, Mercedes-Benz announced Project Maybach, a solar-powered vehicle designed by Virgil Abloh. His sudden passing came before the show car could be revealed, and now another of Abloh’s designs is bound for the streets.

The limited-edition Mercedes-Maybach S680 is an ultra-luxurious sedan that’ll get an extremely limited release. Abloh and Mercedes-Benz intended for the project to show off their mutual love of luxury, and only 150 units will go on sale later this year for those that want to join in on the affair.

Maybach music — The exterior of Abloh’s Maybach S-Class takes on the color of clay and melts into a contrasting roof, hood, engine cover, and windows. Buttery beige brings a similar color palette to the interior on leather seats, door panels, and armrests. The dashboard is then split into black and beige, mirroring the treatment of the wheels.

Logos from Mercedes-Maybach and Abloh make appearances on the center console plaque, rear cushions, headrests, and door sills. To make the car even more luxurious, the team installed a personalized user interface (MBUX) to provide a more seamless experience for the driver. Features include a Mercedes Me digital avatar that can be customized with fashion accessories.

Those who are able to get the title for Abloh’s Maybach will also receive special memorabilia that comes in a custom-made wood and Nappa Leather gift box. Opening it will reveal 1/18 scale replica of the car, as well as two keys and a carabiner hook to help ensure you never lose them. To protect the vehicle itself, you’ll also receive a special cover adorned by the logos of all parties involved.

Complete the look — Off-White apparel accompanied the announcement of the Maybach but sold out immediately Tuesday. The garments include outerwear, hoodies, high-neck long sleeves, and accessories — all featuring a neutral, earth-toned color scheme that perfectly matches the exterior of the car. Each is finished with a black spray paint effect and special embroidery.

Mercedes-Benz has been leaning hard into streetwear lately, including a recent collaboration with A$AP Rocky and a second capsule made by Palace. Abloh himself worked on two prior Mercedes projects, as he designed a G Wagon for Project Project Geländewagen in 2020 and the aforementioned Maybach displayed last year. Neither of those vehicles went up for sale, though, which makes the S-Class an especially momentous release.

Abloh’s S-Class will go up for sale later this year with a price tag yet to be announced. The non-Virgil edition of the S680 starts at $215,000, so expect an even greater ask for the rare car — and quite likely more shocking figures on the resale market.