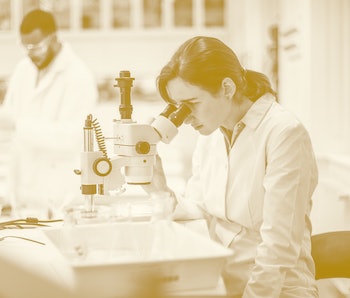 The race to improve the availability of COVID-19 testing is on, but not everyone is in it for altruistic purposes. BioFire Diagnostics — a medical equipment company that has been developing coronavirus testing — is being sued by a small investment firm called Labrador Diagnostics for allegedly using its patented technology. To add to the drama, two of the patents in question were once owned by Theranos, the failed biotech company.

Labrador’s announcement of free licensing of its patents is sketchy, given that it didn’t decide to do so until after it received bad press over the lawsuit. It’s unclear how much truth can be found in Labrador’s statement.

Labrador’s tech doesn’t even work — As Ars Technica points out, the patents in question were never able to produce successful technology while in the hands of Theranos. This is a common practice: register your intellectual property as quickly as possible just in case you later find out it works. BioFire is the company that actually put the work in to create working testing technology — and Labrador wants its share of the success.

Labrador claims ignorance — In its brief statement, Labrador Diagnostics claims it had no idea that BioFire was developing COVID-19 testing equipment before filing the lawsuit. That argument doesn’t hold together very well; BioFire announced its successful testing units more than a week before Labrador filed its lawsuit. A quick Google search would have turned up the news. Labrador’s ignorance comes off as feigned, a forced explanation for its actions.

And they’re out for blood — Labrador isn’t just looking for royalties. The company’s lawsuit wants to block BioFire from using the technology altogether, which would effectively shut the entire project down.

The good news: Labrador’s case will likely take a very long time to make its way through the court system. BioFire will, in the meantime, be able to continue producing this very necessary testing equipment.