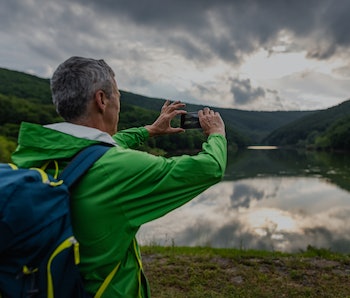 Adobe, the company behind software like Photoshop, Illustrator, and InDesign, confirmed on its forum today that the latest update to its photo editing app Lightroom for iOS, version 5.4, inadvertently wiped some users' photos and presets that weren't already synced to the cloud. The free tier of Lightroom for iOS does not include backup to Adobe's Creative Cloud, so people who weren't paying might see their edited work has vanished under some circumstances. The worst part? There is nothing users — or Adobe — can do about it.

One user on Reddit reported they lost over two years of photos they had edited in the app, saying it was just their hobby so they didn't think to back them up. Photos in Lightroom can be backed up to iCloud, but they didn't enable that option because, in their case, it would have used more than 10GB of space. Their edited photos were saved only within Lightroom's local file system and got accidentally overwritten with the update.

“I’ve talked with customer service for 4+ hours over the past 2 days and just a minute ago they told me that the issue has no fix and that these lost photos are unrecoverable,” the user wrote. “Adobe is unbelievable some times. All I got was a ‘we’re sincerely sorry’ and nothing else. 2+ years of photo edits just gone because of Adobe and all they give is a sorry, lmao.”

Adobe says it has since rushed out another update, version 5.4.1, that's supposed to prevent this from affecting anyone who hasn't yet updated the app.

Back up your precious goods — This situation is just another reminder to always back up your precious content, and do so in three places if possible — once or twice on local drives, and another in the cloud or on a drive you don't keep in the same location as the others.

One potential local solution is a RAID, or Redundant Array of Independent Disks, which is a technology consisting of multiple drives that can protect your files even if one of the drives fails. Input has a guide on how to build one affordably.

To be sure, users should be backing up their content, but Adobe isn't without fault here. The company offered to store photo edits within its app, and then Lightroom failed and lost them.

Could Adobe force users to store edited images on their camera roll or on a cloud service (whether it's own or another, like Dropbox for those who don't want to pay for Adobe Create Cloud)? Sure, but there is an argument to be made about the company not being obliged to protect users from themselves. Still, if it did, it would be less likely to have this sort of thing happen, which in turn would reduce the odds of some of its users feeling animosity towards the company, potentially forever.