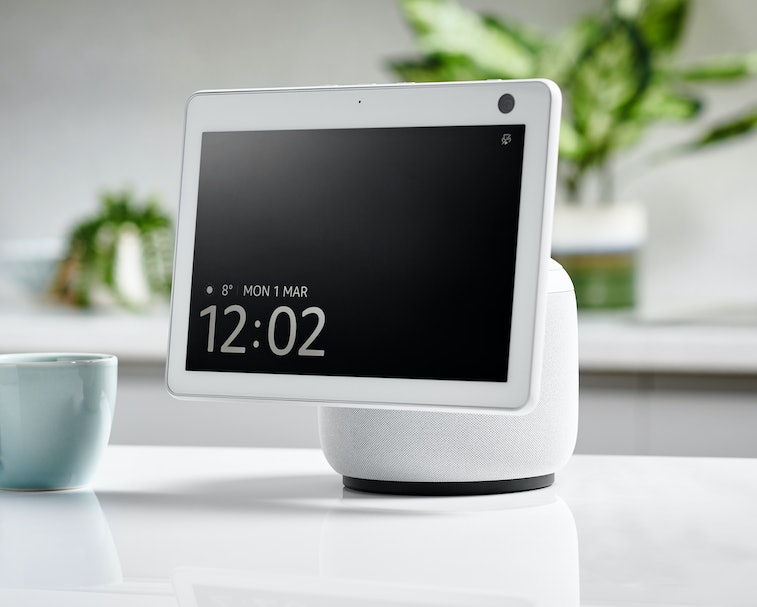 A slew of new Echo hardware is on the way, according to a new report from Bloomberg. Most notably, Amazon is reportedly developing a large Echo with a 15-inch display that could be mounted onto a wall. It’s also working on a soundbar, a new Echo Auto, and wearables.

Amazon is set to host a hardware event on September 28, where these new products (or at least some of them) are expected to be introduced.

Alexa everywhere — The company recently unveiled its own line of TV sets under the Fire TV brand. Starting at $409, the sets are based on the Fire OS and include support for Alexa commands like playing a certain TV show or adding items to your shopping list (the ultimate goal of Alexa, let us not forget, is to get us to buy more things from Amazon).

The wall-mounted Echo could be used to control smart home devices like appliances, lights, and locks. Like the smaller Echo Show, it will likely have an interface that can show information like weather, timers, and photos. Users could place the screen in their living room or kitchen and use it to view recipes or watch videos on Netflix. You could imagine this display also being used to display artwork.

Selling shoes — Amazon has experimented with all different types of Alexa-powered gadgets since introducing the smart assistant in 2014, including even a microwave powered with voice commands. All of these products serve to promote Amazon’s Prime subscription program and other initiatives like Amazon Music. Building up its video streaming library and promoting it through Fire TV, for instance, keeps people paying their Prime membership fee. Founder Jeff Bezos once famously quipped that “when we win a Golden Globe, it helps us sell more shoes.”

The rumored soundbar that Amazon is developing would pair with its new TVs. Bloomberg says that it would feature a front-facing camera and support video calls, like Facebook’s Portal. The social network has been promoting its own Portal line of video calling hardware as a new platform free from the control of Apple. Amazon might seek to do likewise.

Echo Auto, which allows drivers to talk to Alexa in their cars, will apparently be updated with a new design and allow for charging via induction rather than needing to be plugged in. Other items in the works include a new standard Echo speaker as well as new wearables for kids and seniors.

Having platform control is valuable, as Apple has famously shown, because companies can prominently promote their own adjacent services with impunity to an arguably already receptive audience.