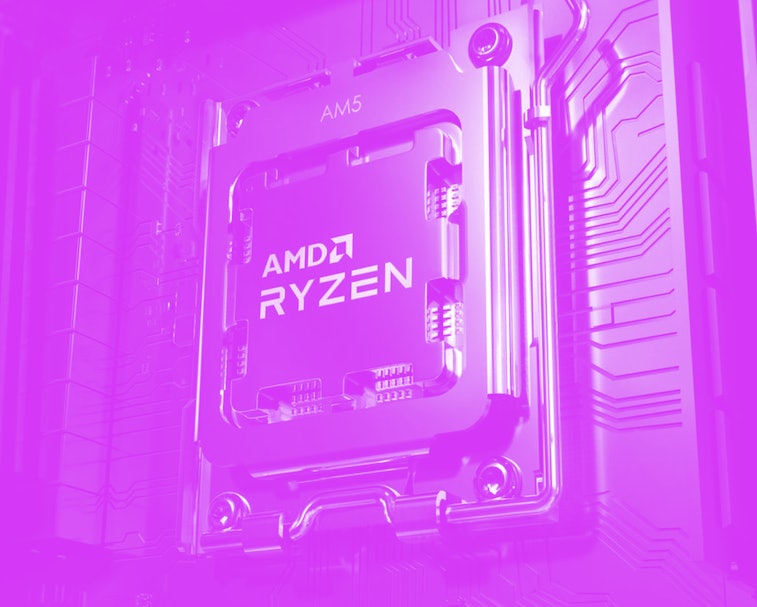 AMD wasn’t pulling any punches when it revealed its next-gen Ryzen 7000 series chips during Computex 2022. More importantly, AMD’s CEO Lisa Su showed off a pre-production version of its Ryzen 7000 series comparing the chip to an Intel Core i9 12900K, and proving it performs more than 30 percent better in a Blender rendering race.

Su didn’t even call Intel out by name with the demo, and the company surprisingly didn’t attend Compuex 2022, so we might not even get a clapback from the AMD rival anytime soon.

Superfast speeds — CPU beef aside, the first look at AMD’s Ryzen 7000 series was impressive. The Ryzen 7000 series chips will feature 5nm Zen 4 architecture with 16 cores, where it will have double the amount of L2 cache per core compared to AMD’s previous flagship chips. The next-gen chips are also expected to offer higher clock speeds and more than 15 percent uplift in single-thread performance compared to the Ryzen 5000 series chips.

AMD showed off a demo of the pre-production version of its Ryzen 7000 series chip that runs at around 5.5 GHz clock speed while playing the recently-released Ghostwire: Tokyo. We don’t know the exact clock speeds of the 7000 Series chips yet, but Su noted that they’ll run “significantly faster” than the previous generation.

Along with the new Zen 4 compute dies, the Ryzen 7000 series will have a new 6nm I/O die that has AMD’s RDNA 2 graphics engine and a low-power architecture that was sourced from AMD’s mobile processor design. The new I/O die also supports DDR5 memory, PCIe 5.0 and up to four displays.

The introduction of the next-gen chips brought the need for the new AM5 platform. The new platform will introduce three levels of motherboards, including the X670 Extreme for serious overclocking, the X670 for less extreme overclocking, and the B650 for those not interested in chasing overclocking speeds.

First look — The teaser during Computex 2022 left us wanting to see more on specs and pricing, but AMD was pretty quiet on these details. Luckily, the Ryzen 7000 series will launch this fall, so there’s not much of a wait left. The AMD keynote mentioned its new mobile processors too, codenamed “Mendocino,” which will be available in the fourth quarter of this year.