Apple is weighing up a $3.6 billion deal with Kia to make electric cars 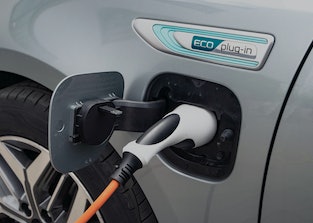 The rumored value of a planned tie-up between the two companies.

Apple is said to be zeroing in on a deal to make electric cars in collaboration with South Korean automaker Kia. According to reports in local media, if the deal comes to pass, Apple will invest $3.6 billion to set up production at the automaker's facility in West Point, Georgia. It hopes to introduce a vehicle in 2024, though it knows it could take longer, and isn't wedded to that timeline.

The news adds credence to an earlier statement from Hyundai, the parent company of Kia, that it was in discussions with Apple about building a car — a comment it quickly walked back.

Hyundai recently unveiled its E-GMP electric vehicle platform, which will form the foundation for its upcoming lineup of electric sedans, crossovers, and SUVs. Noted Apple analyst Ming-Chi Kuo has said that the company will use E-GMP, too, which in its base battery-and-drivetrain configuration enables a range of 310 miles and supports rapid charging.

Focusing on the experience — For its part, Apple would focus its energy on self-driving hardware and software, semiconductors, form-factor, and the general user experience of the car. It would likely live at the high-end of the electric vehicle market, according to Kuo. Sources speaking to Business Insider have said Apple recently hired talent from Porsche to work on chassis development.

It's unusual for Apple to outsource fundamental technology to partners — it normally prefers to engineer its products end-to-end and source materials itself, relying on contracting plants only for final manufacture and assembly. But cars use many more parts than any product Apple currently sells, and it could take years and billions of dollars for Apple to build out a supply chain of automotive parts and set up new facilities. Relying on Hyundai to provide the drivetrain — including motors, axle, battery cells, and other components — would allow Apple to enter production a lot faster and focus on what it's good at.

Apple has been contemplating an entrance into the automotive market since at least 2014. Under the codename "Project Titan," it started out trying to design an entire car before focusing its efforts on self-driving technology that it could offer to partner companies — its test cars have been spotted over the years sporting all sorts of combinations of sensors. Now it seems the Californian company is once again interested in designing the entire experience.

The next iPhone? — Cars could be the next frontier for companies like Apple and Google, especially ones capable of autonomy. Google's Waymo division recently began operating a self-driving taxi service in Arizona. As automotive companies retool their manufacturing processes for battery-electric vehicles, tech companies can offer up their knowledge in battery efficiency and software development to rethink the commuting experience.

Apple already offers its own in-car infotainment system, CarPlay, and Google has Android Auto, both of which are wildly better than the software preinstalled in most cars today. It's not unreasonable to think the driving experience could be leagues better if Apple designed the entire vehicle. And it would be entering a lucrative new business line that might help it grow as iPhone, AirPod, and laptop sales plateau.