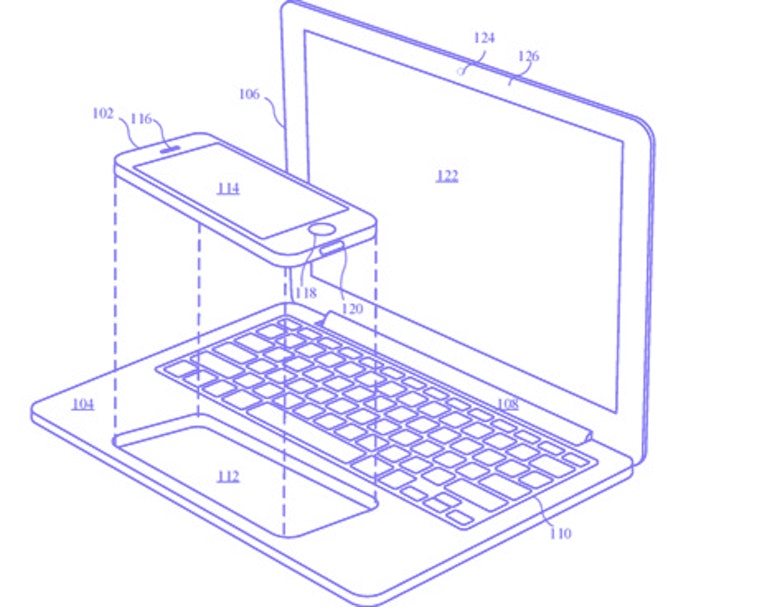 Apple has filed a patent, spotted by AppleInsider, for a MacBook-esque computer device that could be used as a dock for iPhones and iPads. The device, referred to in the patent as an accessory, wouldn’t have any computing functions itself but would rather extend the iPhone with a keyboard and display, or a trackpad and keyboard in the case of the iPad. In the case of the former, it looks like you’d clip your iPhone into the place where the trackpad normally goes and then have a full-on "computer" experience.

The concept is a pretty old one — If you’ll remember, Motorola tried to do this all the way back in 2011 with the ATRIX 4G laptop dock. Samsung has its DeX mode that allows its phones to cast a PC-like experience on a big screen. Many apps don’t natively support the DeX experience, however, so it’s pretty janky. Some apps don’t work at all. It also faces the same issue that Chrome OS does in that you don’t have your desktop apps and you have to be okay with that. Someone like myself who mainly uses the browser and Google Docs might fare fine, but others won’t.

"[The] electronic accessory device can be considered a 'thin' device, in that it extends the functionality of another device but is inoperable by itself as a stand-alone device," it continues. "As such, the accessory device can have little or no independent processing resources in the form of a CPU or similar comprehensive processor," said Apple in the filing.

Maybe for the iPad? — Frankly, I doubt Apple is going to use this patent for an iPhone dock. Productivity concerns and app support aside, I want my laptop to be independent from my iPhone so I can use them simultaneously for different things. iOS would have to change to accommodate it at the very least, and that doesn't account for processing power.

As a dock for the iPad Pro, it’s more interesting. That product is solid but the keyboard has always been an issue for me. Apple’s Smart Keyboard isn’t very good, especially sitting in your lap. The iPad Pro is also far closer in power to a traditional laptop than the iPhone and Apple has been pushing hard to sell it as a true laptop replacement with apps like Word that can compete toe-to-toe with the desktop experiences.

If Apple could nail an iPad Pro laptop dock, such a device could get Apple closer to a merging of its desktop and tablet experiences.