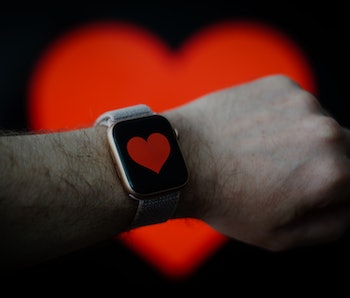 Apple has been sued by medical technology company Masimo over technology in its Apple Watch that the company says infringes on ten of its patents. The suit also claims that Apple intentionally hired key employees from Masimo who brought over trade secrets.

Very naughty, Apple — Masimo develops non-invasive physiological monitors, like heart rate monitors, and sells a variety of products. This company isn’t a patent troll because it makes actual things with its patents. It says that Apple approached it in 2013 to potentially integrate Masimo’s technology into the Apple Watch, but ended those talks and began hiring Masimo employees instead.

According to Masimo, Apple’s patents involving the Apple Watch frequently list Marcelo Malini Lamengo as an inventor— Lamengo was previously an executive at Cercacor, a Masimo spinoff company, and the Apple Watch patent applications he filed at Apple cover topics similar to his patented work from Cercacor.

Not a great look — It’s not a crime to hire engineers from other companies working in a similar field so long as they don’t bring patented technology with them. And Apple is based in California, a state that doesn’t respect non-compete agreements. Still, Masimo has won big verdicts in the past for similar patent violations, and Apple’s bait-and-switch method of taking a meeting to get useful intel isn’t a great look. Other companies like Fitbit also offer heart rate monitors, but it’s those extra steps that Apple took that seem to push it into the threshold for being sued.

Masimo is seeking an injunction blocking the sales of the Apple Watch Series 4 and Series 5 as well as damages for patent infringement. My prediction is that Apple will try to settle this one out of court.