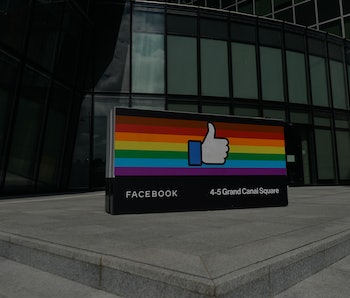 Facebook permanently suspended a user who created a tool that would make its service less addictive. Louis Barclay published Unfollow Everything in 2020 as a browser extension that would delete a person’s News Feed altogether by unfollowing all friends, groups, and pages. Users could still find these things, and refollow people as they like, but it would be a more intentional experience. People who’ve been on Facebook for years have surely followed many people and pages, and Unfollow Everything would give them a clean slate.

Of course, Facebook never says it outright, but the addictive nature of the News Feed is fundamental to its business. The feed — on Facebook and similarly on Instagram — is where it makes all its money from advertising. It needs you to keep scrolling, so it has carefully perfected its algorithms to try and constantly show you things you’ll want to look at.

None of this is news to anyone, but Facebook suspending a user who gave people an easy way to delete their News Feeds emphasizes its importance. Barclay was also threatened with a lawsuit if he ever tries to distribute a similar tool again.

Writing about his experience in Slate, Barclay describes an entirely empty News Feed as “near-miraculous”:

I still remember the feeling of unfollowing everything for the first time. It was near-miraculous. I had lost nothing, since I could still see my favorite friends and groups by going to them directly. But I had gained a staggering amount of control. I was no longer tempted to scroll down an infinite feed of content. The time I spent on Facebook decreased dramatically. Overnight, my Facebook addiction became manageable.

Facebook, as you might remember, started out as a simple directory service where everyone had a profile where they could keep personal information updated and make posts. The News Feed changed everything by creating the endless scroll.

Trapped — Facebook as a communications tool is undeniably useful, something that Barclay acknowledges, saying it was his primary way of staying in touch with family and friends around the world. But even if people dislike Facebook, it’s hard to go anywhere else when all your connections are already there. And Facebook, of course, isn’t going to let you export your friends list to a competing app, because data is exactly the currency that’s worth everything.

People distrust Facebook because it hasn’t proven that it’s worth all the costs it asks of you. The News Feed is often a toxic cesspool — on Instagram, Facebook’s own research suggests teen girls’ mental health is harmed — and it can be unclear how much information Facebook knows about you. It doesn’t want to give people control either because that would harm its business. But again, if you don’t like Facebook it’s not as simple as just switching to Snapchat.

Antitrust — The argument in favor of breaking up Facebook, one the FTC has tried to make, is that users don’t have a choice but to use the company’s apps because it scooped up competitors like Instagram and WhatsApp, and threatens to squash others that refuse an acquisition. Facebook has argued in favor of regulating social media, but there’s also a concern there that it would be the only social network that could afford to comply.