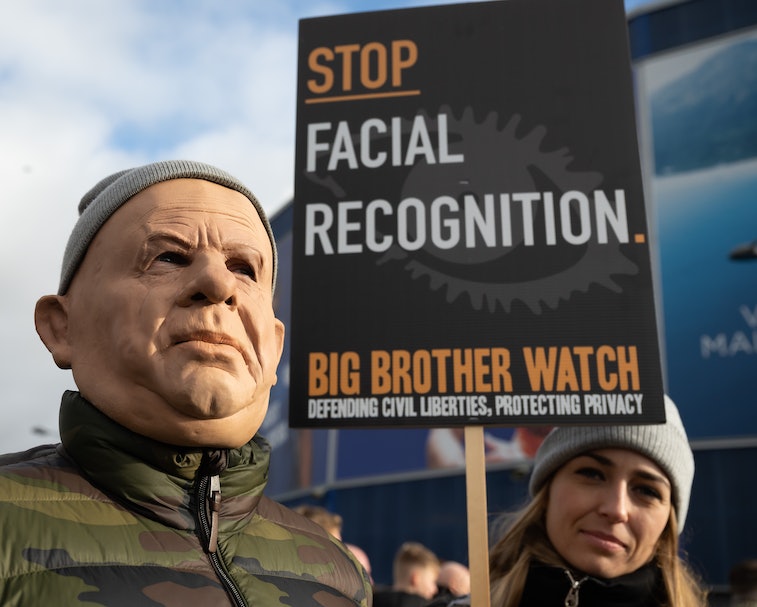 The tech industry has all but provided against Clearview AI and its hella creepy facial recognition database. Both YouTube and Twitter have sent cease and desist notices to the company, and Facebook has joined them in demanding Clearview to stop using data scraped from the social media network.

"Scraping people’s information violates our policies,” a Facebook spokesperson said to CBS News. “Which is why we’ve demanded that Clearview stop accessing or using information from Facebook or Instagram.

Last month, the New York Times exposed Clearview and its frighteningly dystopian methodology. To make matters worse, the company is in cahoots with several alt-right figures, including Mike Cernovich and Chuck Johnson.

Stopping short — It's important to note that Facebook hasn't sent a formal cease and desist letter to Clearview. In addition to the demand, Facebook requested more information on Clearview's policies and practices.

Free speech? — Still, Clearview CEO Hoan Ton-That, defended his use of the images while citing the First Amendment. "The way we have built our system is to only take publicly available information and index it that way," he told CBS News.

That position may not hold up in court, should the situation escalate.