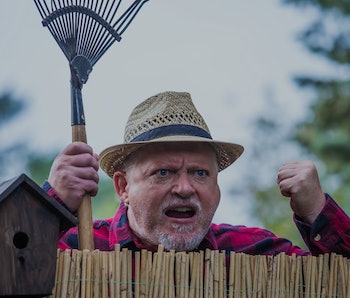 Facebook is working on a new feature to help users connect with neighbors, according to social media commentator Matt Navarra. It’s the same feature Jane Manchun Wong posted about back in May. Navarra tweeted images of the Neighborhoods feature, which is still in the testing phase, along with some basic information about what the feature is looking to offer.

Neighborhoods will prompt users to share their phone’s precise location after which Facebook will then locate the appropriate neighborhood group and ask for confirmation the user lives there. Much like Facebook Campus, users will be able to choose which profile information they share with their “neighbors” and interact with those limited profiles without sending a friend request.

The new feature is built on the same idea as popular app Nextdoor — an app that, in its 12 years of existence, has perhaps faced worse criticism than Facebook has, which is really saying something. Expecting Facebook’s version of the app to be any less problematic would be a mistake.

So it’s just like a neighborhood group? — Yes and no. The Neighborhoods feature is similar to a user-created Group for a given neighborhood, but it’s also more segregated from the main Facebook feed.

One of the main differences here is that Neighborhoods is moderated by Facebook itself, rather than by an appointed group administrator. Being in your virtual neighborhood will also allow a fine-tuning of privacy settings that are not possible in groups. Perhaps you don’t want your public-facing profile to display where you work but you’re okay with your neighbors knowing that information.

Hard nope — It’s obvious that Facebook has seen the success of Nextdoor and wants a piece of that action... and those profits. But Facebook's ignorance of Nextdoor’s horrible civil rights track record is worrying, whether or not it's wilful.

Nextdoor isn’t just problematic: it’s explicitly boosted racial profiling and provided a megaphone for petty grievances best left unposted. The company’s CEO has gone on the record to say that “racism has no place on Nextdoor,” but that hasn’t stopped the app from being routinely used for civil rights violations.

Facebook has written up some abstract rules to help users “be a good neighbor,” and the site’s Community Guidelines will be rule of law through Neighborhoods, too. Those same guidelines have done very little to help Facebook’s horrifying civil rights record.

Facebook's not great at moderation, either — There’s also the problem of moderation. Facebook Groups are moderated by appointed members of each group, most often untrained and on a volunteer basis — while this does lead to moderation debacles of its own, it takes the pressure of first-round moderation off Facebook’s hands. With Neighborhoods, it appears moderation will fall on Facebook’s usual combination of AI and underpaid, over-worked human moderators.

Facebook has plenty of trouble handling its moderation workload as it stands. Neighborhoods will only add more to moderators’ plates, with even more nuance at the local level needed for them to be effective.

All told, Neighborhoods is likely to cause more headaches than it alleviates. Did we mention using it will also allow Facebook to serve you hyperlocalized ads... and essentially confirm precisely where you live if it doesn't know that already? Yeah, there’s that, too.