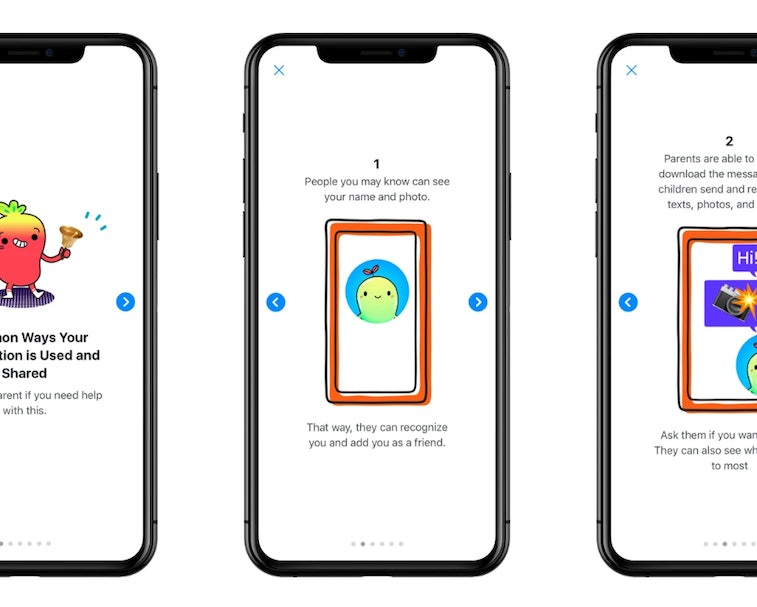 Like the rest of the internet, Facebook is struggling to get ahead of growing privacy concerns, especially where kids are concerned. Today the company announced a slew of new parental controls for its Messenger Kids app. Facebook cites a need for “a messaging app that lets kids have fun connecting with friends and family while giving parents control over the experience” as the reason for the update.

Besides listing new features, Facebook’s announcement also speaks to the growing privacy concerns around data-collection from kids’ internet use.

An overhauled Parent Dashboard — The new parental controls can be set through the Messenger Kids section of the main Facebook app. The updates are robust: parents can view a list of contacts their child has been chatting with, logs of images being sent and received, blocked contacts, and devices where the child has logged in and out of Messenger. Parents can also now request a download of their child’s full Facebook info file.

Kid-friendly privacy debrief — Facebook also wants kids to develop an understanding of how its apps use personal data. The Messenger Kids update includes a brief explanation of how the app uses data like profile photos and chat history to keep parents updated on in-app activity. The explanation is cute and illustration-heavy and doesn’t go much further than explaining that Facebook saves information about “how and when” kids use the app.

With privacy concerns more pressing than ever, teaching kids about internet privacy is a great idea — but this iteration of that idea doesn’t do much to really teach kids anything about privacy. It steers a little too far into being kid-friendly and in the process doesn’t do much in the way of teaching.

And a reminder about advertising — Facebook wants to remind parents that it’s going to be more transparent about how it uses data in the future. The feature announcement puts it bluntly: “We don’t use children’s data from Messenger Kids for advertising. As the updated privacy policy reaffirms, we don’t sell any of your or your child’s information to anyone, and we never will.”

Facebook has really been pushing this narrative of increased transparency as of late. That could have something to do with the massive amounts of money it’s been paying to deal with a lack of transparency in its past. The jury’s still out on whether or not it will actually shape up.