Holiday season online shopping hit a new high in the U.S. this year 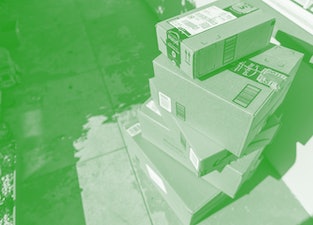 U.S. consumers spent more online this holiday season than they ever have before, according to a new report from Mastercard. Digging into the report, Reuters found e-commerce sales contributed 14.6 percent of total retail and were up 18.8 percent from 2018. This is despite a later Thanksgiving, which cut six days from the festive shopping window.

Physical retailers are under increasing pressure from Amazon, which continues to offer ever more attractive ways to shop from the sofa, including same-day delivery in some cities and free returns on an ever-widening catalog of goods. The online retailer is so aggressive in its efforts to speed up delivery, in fact, it's taking a worrying toll on those making the deliveries.

Tech a huge contributor — Mastercard found that online shopping accounted for 15.4 percent of overall retail spending on Black Friday, and a whopping 24.5 percent of Cyber Monday retail. So, if you found an Amazon Echo Dot beneath the tree this week, you're likely not alone.

The most sales, not the biggest jump — The news even made U.S. President Donald Trump’s Twitter feed. Trump enthused about the uptick of 3.4 percent in overall retail, calling it “THE BIGGEST NUMBER IN U.S. HISTORY” in a bout of characteristic hyperbole, and congratulating America on its economy-boosting largesse.

Except, it wasn’t the largest uptick. According to Mastercard spokesman, William Tsang, that honor still belongs to 2018’s retail growth increase of 5.1 percent. But let’s not let the facts or math get in the way of a little yuletide jubilance and bragging. The fact remains, U.S. shoppers spent a heap online. Certainly enough to buy Jeff Bezos a new yacht… or a flotilla of them.