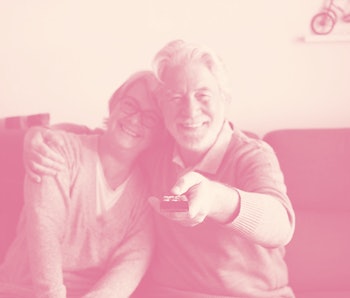 According to a report by 9to5Google, Google might release a Chromecast Ultra — its 4K-capable streaming dongle — with a remote control in the latter half of this year. We even have an idea of what this much-awaited contraption will look like because Protocol's Janko Roettgers shared a photo on Twitter of a Google remote that signed off on by the Federal Communications Commission.

So far, Google has not commented on the potential release. But that shouldn't surprise anyone, since the tech giant is known to keeping its internal affairs under the wraps, including news about developing devices. Except, you know, when someone puts them on a billboard ahead of release like the Pixel 4a.

Though the Chromecast was envisioned as an easy way to share content from smartphones, tablets, laptops or desktops, and works with Google Assistant, some owners have bemoaned the lack of a remote control since it launched in 2013.

Hello, Sabrina — An anonymous source close to the matter told 9to5Google that the device is called "Sabrina." Now, Sabrina will apparently support 4K HDR content and come with Wi-Fi connectivity and support for Bluetooth. It's also possible that the remote control will include a microphone and support Google Assistant for voice control.

None of these reported features are revolutionary or groundbreaking, but for some users, their absence from Chromecast devices to date has been conspicuous. Sometimes straightforward and simple additions to existing hardware are all you need to enhance and improve user experience.

When can I get it? — The short answer is: we don't know. The longer answer is: the remote control would probably have been revealed at Google I/O 2020, but that event has been canceled thanks to COVID-19 concerns. So if you're keen on one, you're going to have to wait.