Ford, GM, and Fiat-Chrysler are shutting down all of their U.S. plants because of coronavirus 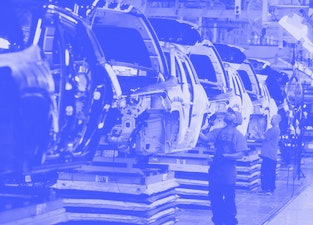 The number of UAW workers impacted by the shutdown

CNBC reports the three largest automakers in the U.S., Ford, General Motors, and Fiat-Chrysler will on Wednesday jointly announce plans to close down all of their U.S. manufacturing facilities as they, and the rest of corporate America, seek to stem the spread of the coronavirus.

25 Facilities and 150K workers affected — The move will affect 25 final assembly plants and 150,000 United Auto Workers members, some of who have questioned why they’ve continued to work while office-bound employees have been encouraged to work from home.

With no sign of the coronavirus slowing, we expect to see more companies limiting any activities that require large groups of employees to be in the same place or which requires them to interact with members of the public. Last weekend Apple announced it was closing all of its retail outlets in the U.S. until March 27, though unless the reported number of coronavirus cases flatlines or starts to fall, we expect stores will remain closed.