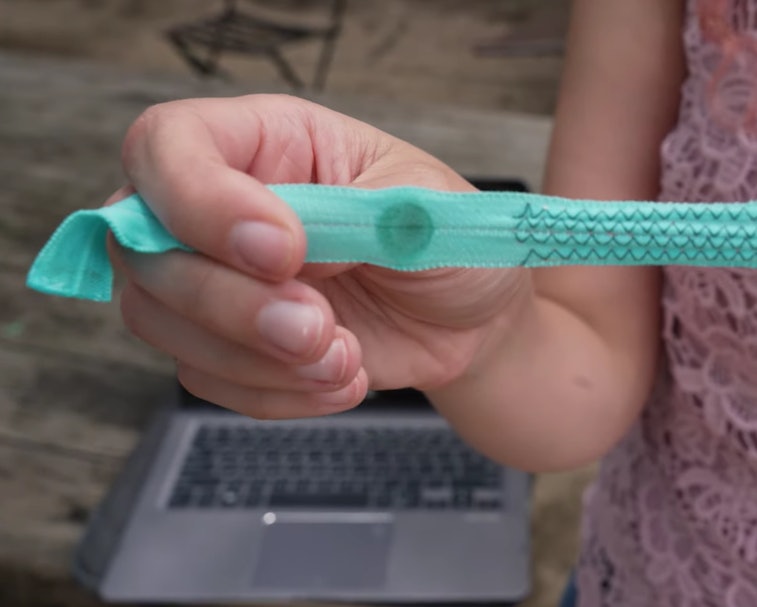 A team of researchers in a lab at Rice University recently unveiled a new carbon nanotube (CNT) fiber so soft and flexible that it can be woven into cotton shirts, while also remaining conductive and reliable enough to act as an electrocardiogram monitor. First debuted in a paper published in the scientific journal, Nano Letters, the team’s innovations could lead to a host of new uses for the material that is reportedly as strong as both Kevlar and low-grade carbon fibers.

In a new video showcase, the team focused on its potential for athletics and medical patients, as the washable nanotube fiber can be simply woven into off-the-rack shirts using a standard sewing machine, then connected to small electrodes feeding into relay points which use Bluetooth to record their readings. Check out the brief video below for a better look at the innovations:

Already performing better than other available options — At 22 microns wide, an individual CNT fiber is too small for a sewing machine, but Rice’s team was able to partner with a company generally offering small machines used in model ship rope-making to weave bundles that could then be sewn into clothing. According to Rice University researchers, their new CNT fiber bundles are “actually beginning to outperform existing materials,” providing more accurate EKG readings while being far less invasive or unwieldy than other offerings.

Of course, there are darker applications in the works — Proving humanity can’t simply design a wonder of innovation for only peaceful implementation, researchers also noted that the CNT fibers could prove extremely valuable in next-gen military uniforms. Apart from its health monitoring capabilities, they note its potential usage as wireless antennae to “track military personnel.”

Personally, we think quite enough of our everyday products also know where we are at any given moment. While less obtrusive wearables would be a welcome addition to workouts, we don’t know if our shirts need to act as literal antennae on top of everything else.