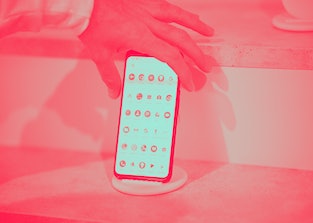 The retail value of phones the customer received after ordering and paying for only one.

Mistakes happen to everyone, and Google recently made quite the flub when it sent ten Pixel 4 handsets to a customer who only ordered one. The retail value of those comes out to about $4,500 more than he spent.

Good Guy Redditor — The lucky customer in question recounted the story on Reddit, where he says that his girlfriend guilt-tripped him into sending the extras back.

I know what some of you are thinking — Google is worth nearly a trillion dollars, surely the loss isn't going to hurt them. And during this pandemic we could all use a bit of a financial cushion. Sure, I see your point. It would even be legal in the U.S. for him to keep them! But is it morally right? Consider that whoever packed this order probably works in a warehouse making a low salary. They're ultimately the ones who could take the fall if corporate discovered the mistake.

Google, wyd? — Interestingly it seems like Google almost didn't want the phones back. Over customer support chat, the company told him to send them a photo of the packing slip and the extra phones as proof of the mistake. Then it took another two days to get back to him with a FedEx slip for return, which inaccurately listed eight phones as being set for return. After more back-and-forth Google finally resolved that nine phones needed to head back.

Google was practically begging this guy to keep the phones and he still didn't do. And for all that effort it didn't even give him any type of reward! What a lad.