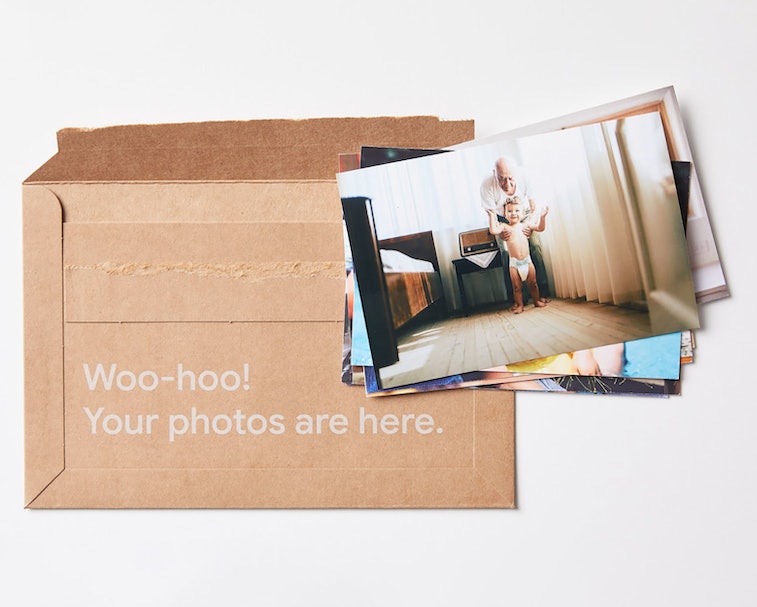 In a rare move for Google, the company is actually bringing a service back from the dead. Starting later this month, Engadget reports, users of Google Photos will again be able to subscribe to receive printed photos delivered to their mailboxes on a recurring monthly basis. The service was discontinued back in June but Google suggested at the time that it might one day return in some form. Not only has it returned, but it's also going to be cheaper.

Past meets future — For $7 per month, the Print Series service in Google Photos will use artificial intelligence to choose the 10 best photos you've taken in the previous month and print them, wrap them up, and send them to you, with shipping costs included. That's better than the $8 fee Google previously charged for the service. You can skip a month if, for instance, life hasn't been terribly interesting. Most of us are in varying states of lockdown right now, after all, so while we're keen to sign up, we might be skipping months for a while yet.

You can also print pictures on-demand if you want to. Google is expanding on-demand photo printing beyond CVS and Walmart through a new partnership with Walgreens. The cost for these prints is the same as it would be if you ordered through the retailers directly — Walgreens charges $0.35 cents for each 4x6 print, for instance. Google Photos also offers an option to print pictures on canvas.

Sifting through the noise — Photo printing may seem like a dated concept. But in a world where we're constantly taking pictures of everything, picking out the very best ones and putting them on display where we'll see them every day can be a great way to commemorate milestones and regularly be reminded of the best moments in life.