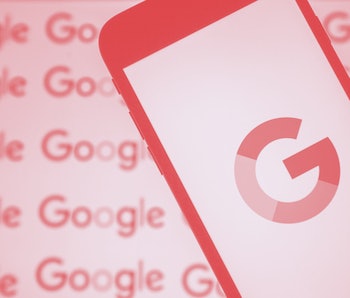 On Friday, Google began rolling out a new twist for an old feature on the iOS and Android Google app, and the mobile web version of its search engine. When you search for a movie or TV show, the Knowledge Panel will now populate “Watched It?” and “Watchlist” buttons. Adding a show to your Watchlist doesn’t just squirrel it away somewhere.

Google will add it to a new Collection and remind you of the titles saved there when you search for new ones.

What else can you do? — When you search for shows, the top of the Knowledge Panel (full of info including the cast and synopsis) should have a section titled “More movies and shows.” Movies still in theaters will offer showtimes instead.

By clicking on that top bar or simply searching “what to watch,” you’ll see rows of recommendations curated by your search history, popular searches, and new titles being released to theaters or streaming services. For those who rate titles on Google search regularly, the picks specifically for you should be more accurate and others are encouraged to rate more often.

To have watched or not to have watched? — The feature works best for movies since there’s no wriggle room for, say, having shamefully not finished season two of Killing Eve. Apps like TV Time allow you to select which episodes you’ve watched instead of assuming you binge every show to the end.

Though this is a small step forward, this new feature embraces the overwhelming nature of modern entertainment by helping you keep track of what matters to you. If you haven’t already done so, you can “edit providers” under “All watch options” or “Watch show” so Google can surface the most relevant streaming service for a title next to the new buttons. Getting to exactly what you want to watch has never been easier.