“Despite strong technical progress, the road to commercialization is longer and riskier than hoped, so from today Makani’s time at Alphabet is coming to an end.” 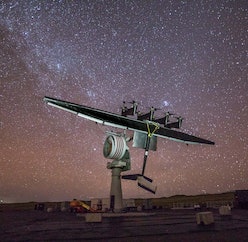 For the last seven years, Google’s parent company Alphabet has been working on a project called Makani which uses wind turbines attached to huge kites out at sea to generate renewable electricity. Despite the project showing promise, the search and advertising company is stepping away from the initiative in an effort to cut costs. Energy company Shell might take over the project, according to The Financial Times, which first reported on Makani’s change of fortune.

Alphabet lost $4.8 billion last year on its so-called “moonshot” initiatives, which the Makani project fell under. Other projects include Calico, Google’s human longevity research, and Loon, which aims to use high-altitude balloons to provide internet to outlying areas poorly served by conventional connectivity solutions.

Inspired by kite surfers — Makani was inspired by kitesurfers who wanted to see if they could combine wind and technology to generate sustainable power cost-effectively and in regions where it wouldn’t otherwise be possible. Founded in 2006, the company became part of Google X seven years ago and was then spun off as a standalone business last year.

Part of Makani’s unique selling point was that its solution can operate where conventional wind turbines can’t, and is far cheaper to install and maintain. The primary challenges are engineering ones, like making the equipment sufficiently robust and reliable to attract commercial interest.

In a blog post discussing Alphabet’s planned exit, Makani’s CEO Fort Felker says the company’s first kite produced 20kW, while its current iterations are capable of an impressive 600kW, and it’s managed to demonstrate “a utility-scale energy kite system” off the coast of Norway. But despite its successes, proving long-term viability has been hard.

Turning wind into money is tough — “Creating an entirely new kind of wind energy technology means facing business challenges as well as engineering challenges. Despite strong technical progress, the road to commercialization is longer and riskier than hoped, so from today Makani’s time at Alphabet is coming to an end,” Felker explains.

“This doesn’t mean the end of the road for the technology Makani developed, but it does mean that Makani will no longer be an Alphabet company. Shell is exploring options to continue developing Makani’s technology.”