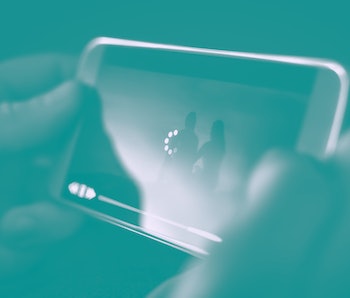 If you subscribe to the newly launched HBO Max and watch it over your AT&T service, that usage won't eat into your monthly data limits. That news comes from The Verge, which interviewed Tony Goncalves, the executive who oversees HBO Max at its parent company AT&T. Other streaming services like Netflix and Hulu? Watching them on-the-go will hit your data cap.

Nice for HBO and nobody else — While this sounds like an awesome incentive to subscribe to HBO Max — which has great content no doubt — there's a big downside here. AT&T allows any video streaming company to pay it a special fee in order to "whitelist" its video and eliminate data usage impact for customers watching over LTE. Technically HBO Max does pay AT&T for this service, but since HBO is owned by AT&T, it's essentially paying itself and therefore keeping the money. If an independent competitor like Netflix pays AT&T the same fee it never gets that money back.

AT&T's own video services pay nothing for a level of access to customers that others must pay extra for.

As The Verge notes in its piece, the only streaming services paying AT&T this special fee are AT&T's own services themselves.

This was never supposed to happen — The net neutrality battles of yesteryear were supposed to level the playing field so all types of data coming through the pipes are treated equally and no company gets preferential treatment. The thinking was, a big company like Amazon could easily afford to pay AT&T the extra fees to offer better access for customers where a new upstart like Quibi could not. But FCC chairman Ajit Pai downplayed the worries, saying they were "fear-mongering" and that internet providers wouldn't charge companies for special treatment because consumers would respond by taking their business elsewhere.

Except, most consumers only have access to one or two internet providers in their local area, so there aren't many other places to go.

“I think 2½ months later people are still using the internet. The internet still works,” Pai said shortly after killing net neutrality laws enacted by President Obama. “I think as time goes on some of the fearmongering is going to be proven to be baseless."

Well, it looks like Pai might have spoken too soon. Lax oversight by the FCC has been recognized by the internet providers and they're going to take full advantage. And if they ever are fined for this behavior it'll be for way less money than they made using such business strategies. Pretty much every internet provider temporarily suspended their data caps for customers during COVID-19 and service quality hasn't blipped at all — doubly proving that such caps and extra charges are merely a grift to make as much money as possible off customers who don't have much choice but to pay up.