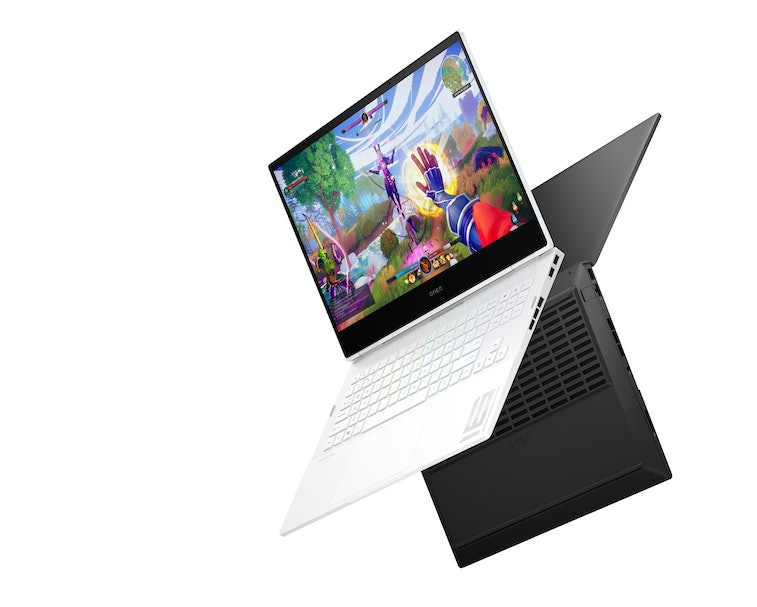 We can game to our hearts’ desire with HP’s refreshed gaming laptops. HP updated its gaming laptop lineup with the new Omen 16 and Victus 15, focusing on improving the laptops’ airflow. The two laptops were also upgraded with slightly better hardware, along with improved thermals that will allow for longer gaming sessions without overheating.

The refreshed Omen 16 gets a fifth heat pipe and fourth outflow vent that makes for lower temps in the GPU hinge and the bottom SSD. The changes also allow the Omen 16 to run five percent quieter than its predecessor. As for the Victus 15, HP put in wide rear vents, four-way airflow and a two-heat pipe design for better airflow.

Intel and AMD versions — There’s only slight upgrades to the internals of both the refreshed Omen 16 and the Victus 15, but they’re enough to keep both laptops fairly competitive at its price point. The Intel variant of the Omen 16 will have up to an Intel Core i9-12900H series processor and up to an Nvidia GeForce RTX 3070 Ti Laptop GPU. For the AMD version, the laptop will have up to an AMD Ryzen 9 6900HX and up to a Ryzen RX 6650M mobile graphics.

Both Intel and AMD versions of the Omen 16 will have up to 32GB of DDR5 4800MHz RAM and up to a 2TB SSD. The Omen 16’s display will be a QHD 165Hz IPS panel that has a 3ms response time. HP added per-key RGB lighting to the keyboard as well.

The more affordable Victus 15 offers less powerful chips, but is plenty capable at running most modern games. The Intel version of the Victus 15 will offer up to a Intel Core i7-12700H processor and up to an Nvidia GeForce RTX 3050 Ti Laptop GPU, while the AMD variant will have up to an AMD Ryzen 7 5800H mobile processor and up to AMD’s Radeon RX 6500M mobile graphics. The Victus 15 will have up to 16GB of DDR4-3200MHz RAM, up to a 1TB SSD, and a 15-inch FHD 144Hz display.

In time for the summer — The refreshed Omen 16 will be available in white and black colorways this summer, starting at $1,200. The new Victus 15 laptop will also come out this summer, but in silver, blue and white, starting at $800.

At these prices, it makes sense that HP didn’t focus on cramming the latest and greatest chips into its refreshed gaming laptops. Still, the improved airflow design is a clever upgrade that will let us game for longer. Just don’t forget to hydrate and stretch every once in a while.