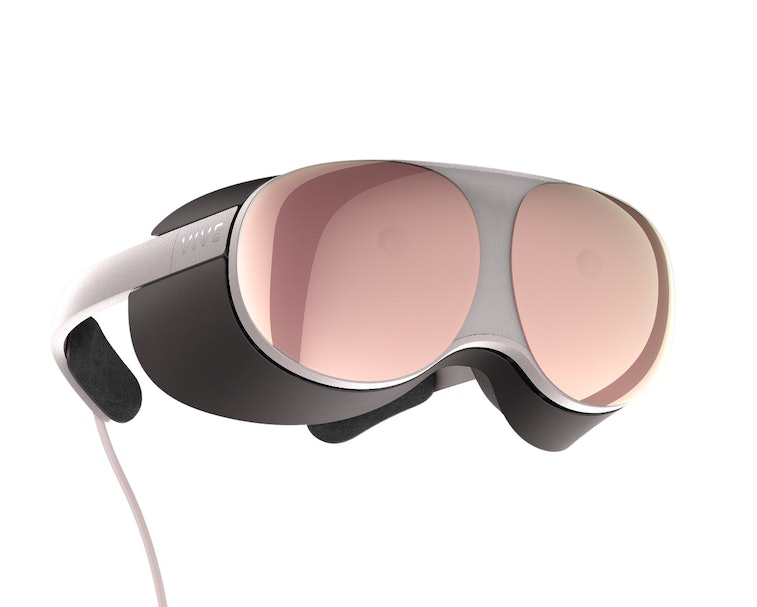 HTC's Vive Cosmos VR headset is getting three siblings: the Cosmos Play, an entry-level version of the PC-based headset; the Cosmos Elite, a higher performance model that works with the company's Lighthouse system to provide the more immersive tracking for SteamVR; and the Cosmos XR, a version of the Cosmos with four forward-facing cameras for high-resolution passthrough augmented/mixed reality experiences.

VR for all levels — HTC says the new headsets offer more choice for users beyond the $699 Cosmos. The Cosmos Play has four cameras (two on the front and one on each side). HTC says the Play is designed for less active VR experiences — content that's more suitable for sitting down — like watching VR videos, or casual games like Angry Birds VR: Isle of Pigs, or even very simple VR painting in Tiltbrush.

On the opposite spectrum is the Cosmos Elite ($899). This headset is for the most demanding VR users — the real believers who want the most realistic tracking system for high-end PC-based VR. We're talking support for SteamVR base stations to allow for room-scale VR with realistic motion and hand-tracking. HTC says the Elite is gear towards VR gaming, where responsiveness for games like Superhot or Beat Saber is crucial.

Mix and max with modular faceplates — The most interesting thing about the Cosmos headsets is that they are upgradeable. For example, if you buy a Cosmos Play and want more advanced inside-out tracking later, you can buy the Cosmos' 6-camera faceplate for $199 (available in Q2) and pop that sucker on. Or if you become a hardcore VR user, you can also buy the Elite's "external face tracking faceplate" for $199 (also available in Q2) and toss in base stations to get the best VR experience possible.

Pricing and release times — HTC originally told us the Cosmos Play would cost $499, but the company changed its mind at the eleventh hour, saying it was reevaluating the price in order to offer the best value to buyers. A release date is TBA.

The Cosmos Elite comes out in late Q1 as an $899 bundle, which includes the headset, an "external tracking faceplate," two SteamVR base stations, and two Vive controllers.

The future — While Vive is currently focused on VR products and services, HTC says it's not ignorant to AR and XR (mixed reality) experiences. Leveraging its experience in the mobile space, HTC says it's going to soon make the Cosmos XR (it'll come as a standalone headset and as a faceplate) available for developers to create and test high-def passthrough mixed experiences.

Unlike AR headsets like Microsoft's HoloLens or the Magic Leap One, HTC says the passthrough cameras will allow for virtual objects to be overlaid on top of the real world without them looking like transparent holograms. The company shared one example where a designer could model a truck and place it on his desk and other collaborators would be able to work on it as well.

Further down the road is Proton, lightweight XR glasses without the bulkiness of the current generation of VR headsets. HTC tells me Proton glasses are still in the experimental phase so its still prototyping them. However, they will use microdisplays, which have the benefit of making VR/AR/XR glasses more compact, but with a reduced field of view.

There are two form factors HTC's testing out for Proton. One (pictured at the top) where the glasses connect to a smartphone or a "processing pod" (likely similar to the Magic Leap One's puck-shaped Lightpack which contains its processor) clipped to a user's waist. The other has the processing unit mounted to the back of the headset.

It's still too early for Proton details, but the company is working towards it and expects them to be ready in the next couple of years. Just in time to compete with Apple's rumored AR glasses and Facebook's own AR frames.