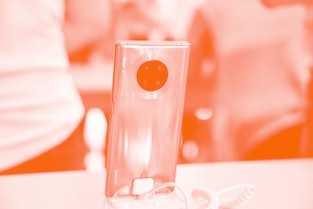 How many minutes it took for Huawei to sell out one of its latest phones in China.

Huawei started shipping and selling the 5G models of the Mate 30 and Mate 30 Pro on Friday after opening pre-orders 10 days earlier. The company announced that it took only a minute to sell a combined stock of 100,000 phones in China. The next batch will reportedly not be available until November 5 and rumors point to a European release in mid-November.

Big money maker in China — The flash sale of the 5G phones of this series is the latest in a wave of good news for Huawei’s revenue. The non-5G versions of the phones, the Mate 30 and Mate 30 Pro, sold 1 million units within three hours of their official launch.

Market researcher Canalys reported on Huawei’s 66% annual growth in China. Huawei took 42% of the Chinese smartphone market with Vivo and Oppo battling it out for a distant second. Since being blacklisted in the current U.S.-China trade war, Huawei’s mainland customer base hasn’t flinched.

But what about the rest of the world? — With a European release looming, the true test of the Mate 30 Series lies ahead. Some concessions from the blacklisting allows the phones to run a bare-bones Android 10, but they won’t feature Google’s suite of services, including the Play Store. Limited app access could dissuade potential buyers, but Huawei’s app store would likely be welcomed by the competition-friendly EU.

Though Huawei is primed to dominate the 5G rollout in China, on Monday the FCC warned wireless carriers in the U.S. against using the company’s equipment. Pressure from the U.S. seems to have delayed the U.K.’s decision to work with Huawei on developing the nation’s own telecom infrastructure. The U.S.’s ongoing Trump impeachment trial and upcoming trade talks have inspired a waiting game from international Huawei fans all the way up to world leaders.

Removing Huawei from the blacklist could potentially affect both the short term sale of its latest flagship as well as the long term international prowess of 5G.