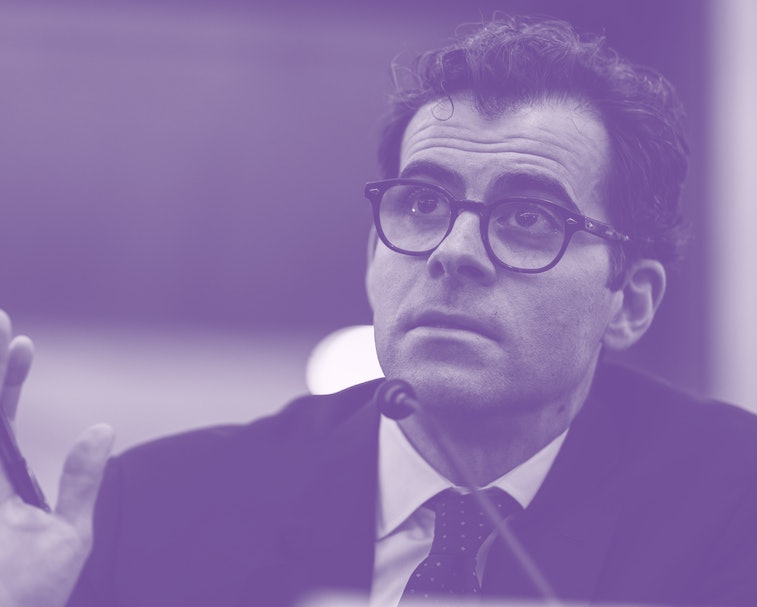 Apparently the best way to get Instagram CEO Adam Mosseri to listen to the public is to throw him up on the witness stand. Mosseri said yesterday during a Senate hearing that Instagram is planning to bring back its chronological feed, after literally years of users pleading with the company to do just that. It’s unclear when, exactly the reversal will go into effect.

Of course, Mosseri’s concession isn’t unprompted. Instagram and Facebook have faced intense questioning by government authorities, activists, and regulators in the last few months over harms done by the companies’ algorithms.

Instagram’s algorithmic feed was introduced five years ago as a way of making the platform more personal (and, therefore, more coercive to our attention spans). The decision was immediately polarizing amongst users, especially by the influencer community, which worried the new feed would affect their profits.

Half a decade later, Instagram has finally decided to listen to user feedback. Just kidding, it definitely has not been listening to users. This is all about sidestepping the Senate’s concerns about the unruly impact of those algorithms.

Mosseri fights back — Yesterday’s Senate hearing — during which Mosseri revealed the company’s plans for its feed — was the latest in a series set off by disclosures made by Frances Haugen, a former member of Facebook’s Civic Integrity team. Haugen’s concerns revolve around the algorithms employed by both Facebook and Instagram.

Mosseri spent his testimony doing exactly what you’d expect of him: defending Instagram from every angle. He praised Instagram’s recent additions to its safety features — a line which ranking member Sen. Blumenthal (D-Conn.) quickly called out as a PR stunt, given the timing of its announcement.

In typical Senate fashion, the hearing spun out into about a hundred different threads, but the topic of Instagram’s algorithms pervaded. Blumenthal said his staff has been creating test accounts to see where the algorithms lead; within an hour, he said, the account was receiving recommendations to follow “pro-anorexia” and other eating disorder content.

This isn’t over — Mosseri’s testimony was wholly unremarkable. The Instagram head took a page from Meta CEO Mark Zuckerberg’s playbook by outright denying some of the senators’ concerns, like Instagram being addictive, despite plenty of research saying exactly the opposite. Both Facebook and Instagram just love to gaslight us.

So Instagram is taking the algorithmic guesswork out of its main feed. That’s not enough to satisfy the Senate, which at this point is visibly exasperated by Meta’s mind games. Mosseri’s refusal to completely shut down the Instagram Kids program, for example, is being viewed by the Senate subcommittee as just more proof the company puts profits over the public’s wellbeing.

Instagram, meanwhile, is still pushing for self-policing solutions, like the introduction of what Mosseri calls an “industry body” for oversight. This Sen. Blumenthal shut down immediately. “Self-policing based on trust is no longer a viable solution,” he said.