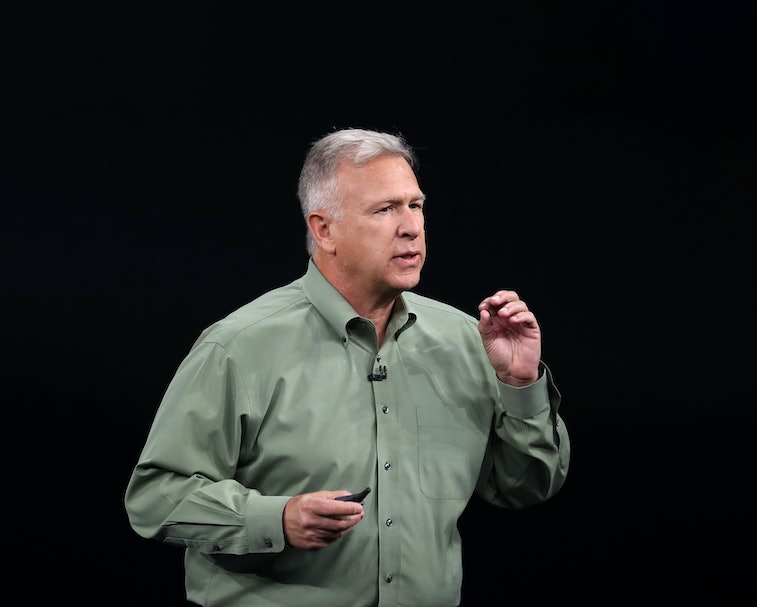 Phil Schiller, a longstanding member of Apple's top echelons, is stepping down from his role as head of marketing to become an "Apple Fellow." In the new role, he will continue to lead the App Store and all of the company's events, as well as provide strategic advice to the company's leadership. Greg Joswiak, who has overseen product marketing, will take over as head of worldwide marketing.

According to Apple's blog post, the new position will allow Schiller to spend more time with his family and pursue personal projects. Last year, the company's longtime head of design Jony Ive left to start his own design firm. It's unclear if Schiller's change in roles has anything to do with Apple's troubles regarding the App Store. Schiller was involved in many of the contradictory communications that are coming to light now, so Apple may be taking the chance to change guard before legislators take action.

Schiller has been at Apple for 33 years, overseeing just about every piece of language that the company presents to the world – including advertising, packaging, communications, and keynotes. If Apple decides to show something to the world, Schiller has likely been involved in the messaging around it.

Platform power – Apple has been under increased scrutiny recently for its treatment of independent developers in its App Store. Before last week's antitrust hearing by the House Judiciary Committee, Schiller defended the company by saying that Apple treats all developers equally. Critics have said that Apple's commissions on in-app purchases are too high, and its rules around which apps can be allowed into the store are arbitrary and capricious, with the company enforcing rules arbitrarily.

Developers are at the mercy of Apple, which has an estimated 58 percent market share of smartphones in the United States. Users are blocked from downloading apps outside the App Store, and apps that wish to charge a subscription fee are forced to give Apple a 30% cut for the first year, and 15% each year thereafter. The company has made some moves to backtrack on that position in light of the recent antitrust hearing, but it's still facing ongoing litigation from the likes of Sonos and Tile.

The receipts don't look great – Emails revealed as part of the hearing showed that Apple has moved to cut off a developer in a way that appeared vindictive, and it charged Amazon lower commissions in order to get Prime Video into the App Store. It also doesn't charge Airbnb any in-app purchase fees for home rentals because that business doesn't compete with it, suggesting it doesn't actually treat developers equally at all. Legislators are evaluating whether top tech companies are using their large platforms to undermine a competitive marketplace and harm consumers. Every newly leaked email that emerges seems to remove any doubt about it, and weaken the tech giants' arguments to the contrary.