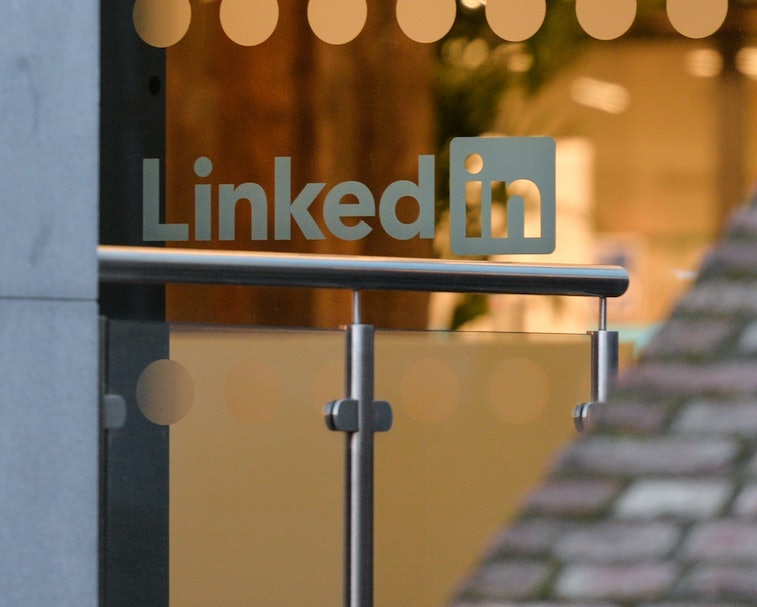 Thought leaders across the world are bemoaning a worldwide outage that has hit LinkedIn, with users across both mobile and desktop unable to skim their feeds for #TuesdayMotivation. The company confirmed the outage on Twitter, which seems to have begun around 2 p.m. E.T.

“Some members may be experiencing an issue with accessing LinkedIn on mobile and desktop,” says the company. “We’re working on this as we speak and will provide updates as we have them.”

LinkedIn rarely goes down — or at least, people don't look at it often enough to notice. According to The Verge, it's been more than a year since the Microsoft-owned service last experienced a similar outage.

Motivation gone wrong — The professional networking site has in recent years become plagued with stories posted by its users that are meant to inspire or motivate but which often read's like marketing fluff at best, or hollow platitudes at worst.

After LinkedIn began encouraging users to share more content, and spend more time on the site, users predictably found ways to game the algorithm in order to gain views and ostensibly grow their networks. But in LinkedIn's quest for user engagement, it fell into the same trap as other social networks, encouraging sensationalist content that garners attention.