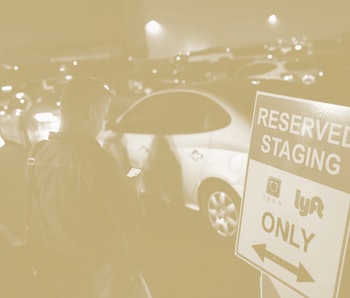 Canadian auto parts manufacturer Magna International Inc. is officially done partnering with Lyft to create autonomous vehicles. To be clear, the firm isn't completely ending its relationship with the American ride-hailing company but will now turn its focus to assisted driving products.

Reality check — The collaboration ended for several reasons, according to Reuters. But, it's mainly because Magna CEO Don Walker doesn't really see an immediate future for self-driving vehicles. It's a reality check of sorts.

In comments to the press, Walker stated that the automaker industry is being forced to become "more realistic" about these dreams of autonomous cars. The company's CFO Vince Galfi echoed the same sentiment and said that the company planned to pour finances in ventures "where we're going to get a higher volume." In this case, it comes down to assisted driving technology, a business that currently runs $550 million for Magna.

Refocus — According to Magna, the difference between the American dollar and Canadian dollar's strength created an instability that the company could not afford to keep up with. Furthermore, Magna predicted that there will be growth in the driver-assisted technology sector up to 2025. That's where the company wants to invest its research, technology, and development for the coming years.

Not exactly goodbye — As mentioned before, Magna is only ending its self-driving technology collaboration with Lyft. It will still continue to work with the American ride-sharing company over software and hardware research. It's a financially prudential move on Magna's part as, Reuters notes, the Canadian company poured some $200 million in Lyft in 2018 to create autonomous rides. No point in severing ties — for now.