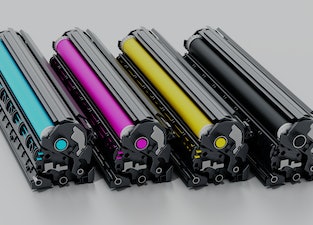 The total amount the Justice Department says was stolen by Gilbert N. Michaels over a period of six years.

Printers are already frustrating enough, always seemingly broken or empty of expensive ink and toner just when you need to print something. So it’s especially egregious that a man in California tricked small businesses into buying additional printer toner that they didn’t even need.

The scheme went on for decades, according to the Justice Department, but a 2019 indictment concerns a six-year period in which the agency says the defendant managed to steal $126 million.

Conman gonna con — The New York Times earlier reported on last Friday’s sentencing of Gilbert N. Michaels, who was found guilting in 2019 of orchestrating the con. The 79-year-old owned a telemarketing company that would call companies, representing itself to be their official supplier of toner — a powder used in laser printers and copiers — “and forced the victims to pay for supplies they didn’t need.” He received four years in federal prison.

Victims, mostly small charities and other organizations, had already been receiving printer toner at no additional charge as part of their lease agreements for office equipment. But Michaels’ company would call them up saying that in fact they actually needed to pay up for the toner, and threaten legal action if the small companies didn’t comply. By the time they signed a new invoice and realized they’d been conned, it was too late.

Toner scams — The fraud almost seems too easy to be true. But businesses often have lots of invoices going in and out, and Michaels clearly thought he could slip through the cracks, hitting a lot of small businesses with relatively innocuous bills. All good things come to an end eventually, though, and Michaels’ luck finally ran out.

“Mr. Michaels led a conspiracy whose deceptive practices were particularly harmful to the small-business community,” Ciaran McEvoy, a spokesman for the U.S. attorney’s office in Los Angeles, said in an email on Tuesday. “We will continue to vigorously prosecute these kinds of cases and obtain justice for victims.”

Toner scamming is actually not all that unusual. “Toner pirates” will first call to try and sell a business more toner, gathering specific information about the make and model of their copier or printer, as well as the name of the vendor who supplies their toner. Then they’ll send along a convincing, but fraudulent, invoice that appears to come from the real supplier. These scams are usually small, which is how they often avoid detection for so long.

Who’s got jokes? — Maybe the best part of this latest story is not the simplicity of the con itself but that the original investigation into Michaels, launched by the Huntington Beach Police around 2016, was reportedly called “Operation Tone It Down.” Following his sentencing last Friday, an actual website called TonerNews.com, a publication devoted to writing about printer suppliers, called Michaels “the California toner pirate godfather.” If he was the toner pirate, the Justice Department was acting as the toner police.

As part of the sentencing, Michaels was ordered to pay a $200,000 fine. His net worth is said to be $6.7 million, so it seems like quite a lenient sentence; drug crimes are prosecuted much more harshly over much less damage. But then again, Michaels is almost 80-years-old. He faces an additional two years of home confinement once he leaves prison, so his days as a free man are probably, mostly over.