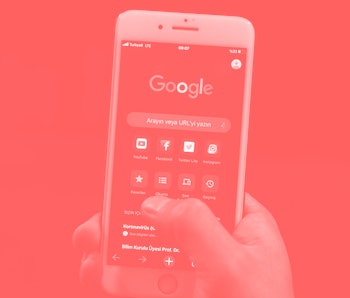 Maryland has become the first state to impose a tax on digital advertising revenue, according to Ars Technica. The bill that passed on Friday levies a tax of up to 10 percent on all revenue from digital ads targeted at residents in Maryland. Proceeds will be earmarked for an education fund dedicated to improving public schools in the state.

"Right now, they don’t contribute," the bill's primary sponsor, Sen. Bill Ferguson (D-MD) said of the bill. "These platforms that have grown fast, and so enormously, should also have to contribute to the civic infrastructure that helped them become so successful."

Being a good citizen — As the coronavirus pandemic has left millions unemployed, Big Tech has done better than ever, seeing revenue and profits soar with people shifting their spending from Main Street to online sites. The situation has highlighted long-standing inequalities in the United States caused in part by low corporate and personal income taxes, and historic zero-percent interest rates that have concentrated money in the high-growth tech sector. There's a rising belief in many corners these companies rely on public infrastructure — schools, the postal service, etc — and therefore should pay more into it in the collective interest of the country, improving social safety nets and access to opportunity so existing inequalities don't worsen.

For a long time, internet companies avoided paying taxes around the world because their physical offices were located in one place, often California, and laws hadn't caught up to tax businesses operating from afar. But that's been changing slowly over the years — most notably, Amazon now pays sales tax in all U.S. states that impose one.

Critics say these taxes could hurt new startups trying to get off the ground. But the bill in Maryland works on a sliding scale, imposing no taxes on businesses generating less than $100 million in global revenue. Businesses with global annual revenue between $100 million and $1 billion will owe 2.5 percent on ad sales generated within Maryland. For businesses between $1 billion and $5 billion, it's 5 percent, then 7.5 percent for businesses with global revenue up to $15 billion. The highest tax of 10 percent, meanwhile, only applies to businesses that generate more than $15 billion in global annual revenue — basically just the giant companies.

Legal challenges — Tech companies obviously opposed the measure for the precedent it could set across the rest of the country — New York is considering a similar measure. These types of taxes are at odds with the idea that software companies can pull in big profits by scaling a product to billions of people at very low costs. But Maryland legislators clearly think it's gotten out of hand.

Although the measure is arguably good, there is a case for the tech companies to sue and have the law altered or thrown out. The measure specifically states that affected companies must pay taxes on revenue for any ads "known or reasonably suspected to be used in the state." But the dirty secret in digital advertising is that targeting is a notoriously shoddy science. Ad technology companies approximate based on various signals but often get it wrong. Many consumers also use ad blockers, and advertisers don't necessarily know when an ad wasn't actually seen.