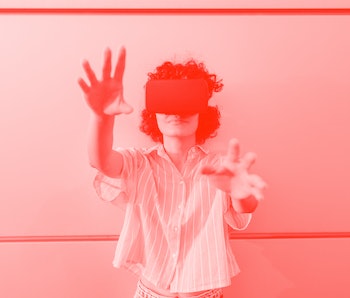 Horrible, low-quality virtual selfies will never be the biggest problem facing the metaverse: data privacy will be. So we’re immensely thankful that researchers are already digging into how, exactly, we might be able to prevent companies from tracking us through the complexities of metaverse protocols.

Two researchers from the University of California, Berkley — Vivek Nair and Dawn Song — along with a third, Gonzalo Munilla Garrido of the Technical University of Munich, this month published a paper detailing a tool they’re calling MetaGuard. Like your web browser’s incognito mode, MetaGuard would block companies from following your digital footprints.

Because the metaverse is such a complex idea underpinned by complex web3 protocols, creating a tool like MetaGuard will be nowhere near as simple as incognito mode. That complexity makes it all the more important for such a tool to be widely available as the metaverse rolls out; it’s difficult enough to protect our data on the web without the metaverse’s many loose threads.

Far beyond incognito — The so-called “incognito mode,” which has become a staple of the modern web browser, doesn’t actually lock down your privacy settings in the way you think it might. Researchers told The Register that they’re comparing MetaGuard to incognito mode because it’s an easy analog for the public to understand.

MetaGuard’s goal is very similar to that of incognito mode, though: to reduce the amount of data being used to track users across various properties. Metaverse companies have access to an expansive set of user data, researchers say, including identity data, geolocation data, demographic data, and even anthropometric data — information on user reaction times in VR and the like.

Differential privacy — Hoarding user data is a profitable business, and, as such, metaverse companies are not going to just allow a program like MetaGuard to fully block their collection methods. So the MetaGuard research team is taking an approach called “differential privacy,” a relatively extreme anonymization method that makes it nigh impossible for companies to link data back to a given user. This might involve changing the pitch of your voice in collected voice data or moving your coordinates to a random location.

Roadblocks ahead — Even with MetaGuard’s unique approach to creating data privacy, some metaverse companies are already gearing up to block its efforts. VRChat, one of the most popular metaverse platforms around, announced it would be banning all client mods just days after the MetaGuard team shared its source code and a prototype of the tool. This is a move other metaverse companies could easily follow if they believe doing so would be beneficial to their data-sale businesses.

We’ll need more robust policymaking from federal agencies if we ever really want our data to be protected in the metaverse or anywhere else on the internet. Researchers like those working on MetaGuard hope to have tools ready for implementation when that day finally arrives.