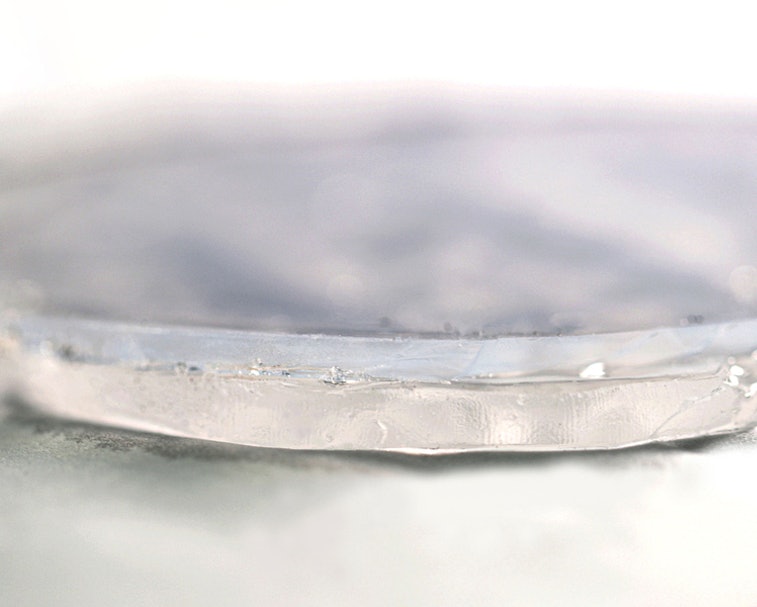 Your next fancy cooler might just be more reminiscent of a camel than a hunk of plastic. Researchers at MIT have developed a new two-layered material capable of keeping items cold for long periods of time — no electricity or ice packs required. The material was inspired by camel fur, which is able to retain moisture and keep cool even in the driest of desert heats.

That idea has paid off — the innovative material has been shown in tests to provide cooling of more than seven degrees Celsius for five times longer than similar materials. In some situations, that means the material can keep contents cool for up to eight days.

Initial research on the material is being published today in a journal called Joule by postdoc Zhengmao Lu, graduate students Elise Strobach and Ningxin Chen, Research Scientist Nicola Ferralis, and Professor Jeffrey Grossman, head of the Department of Materials Science and Engineering. If developed further, the material could completely change the way we think about cooling systems.

What’s cooler than being cool? — The new material (which hasn’t been named just yet) is actually a combination of two materials that have already been used for cooling in the past. The new material’s bottom layer is a hydrogel, a Jell-O-like substance that’s been around for more than 50 years, used for everything from glues to drug delivery systems to breast implants.

Researchers took the hydrogel’s cooling potential to an entirely new level by covering it with an upper level of aerogel, which was discovered almost a century ago and is already being used in jackets and other outdoor accessories. Aerogel is also used in cooling systems, as well as in paints as thickeners and for cleaning up chemical spills.

Adding an aerogel layer to the hydrogel is how the magic happens. Both layers combined are just shy of half-an-inch thick.

Game-changer — The applications for this material are endless. The researchers mention uses for food packaging to preserve freshness along extended transportation routes, for example, thereby allowing farmers to sell perishable crops at a lower cost at further distances.

The material might also come in handy for a very timely application: vaccine transportation. Formulating a COVID-19 vaccine is difficult enough; ensuring efficient transport of the vaccine across the U.S. and the rest of the globe is another matter entirely. The new material is capable of keeping packaging contents at a near-constant temperature — making it much more likely medicines and vaccines can make their journeys without spoiling. That would be even more life-changing in places with limited electricity or cold storage facilities.

Both aerogels and hydrogels are inexpensive to make, so it shouldn’t be too difficult for production companies to utilize this research toward the creation of better packaging.