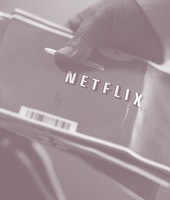 Film and TV production has ground to a halt leaving many in the industry without work.

Netflix has set aside $100 million for a relief fund to help members of the TV and film community who have been left jobless as a consequence of the COVID-19 outbreak. Most crew members are not famous celebrities with multi-million dollar contracts but production staff like carpenters and electricians who are paid on an hourly basis. With production halted around the globe, their services aren't needed — meaning they've suddenly found themselves in a precarious situation.

"This community has supported Netflix through the good times, and we want to help them through these hard times, especially while governments are still figuring out what economic support they will provide," said Netflix chief content officer Ted Sarandos in a statement to Variety.

Better than thoughts and prayers — The $100 million fund will go towards supporting laid-off crew members, who number more than 120,000. $15 Million of the fund will go to non-profits that offer emergency relief to out-of-work crew in countries where there's a large production base. Netflix is also working with independent organizations to support relief efforts in Europe, Latin America, and Asia, where many of its movies and shows are filmed.

Netflix is donating the money even though the company isn't profitable, with it perpetually in the red and taking on huge debt as it spends heavily on new content in an effort to limit how much it has to spend on licencing other people's content, and as a drawcard to keep subcribers and attract new ones. But it's the right thing to do — Netflix is nothing without the crew members who make its content possible. And as a new leader in Hollywood, it's sending a message to the rest of the industry that it should direct its profits to those who need it most, lest there be no industry left when this is all over.

“What’s happening is unprecedented,” Sarandos said. “We are only as strong as the people we work with and Netflix is fortunate to be able to help those hardest hit in our industry through this challenging time.”

More like this
Will Gendron
6.18.2022 3:15 PM
Who's that?
Trick people into thinking you're Morgan Freeman with Voicemod's new AI freeware
Will Gendron
6.16.2022 9:00 PM
Culture
Anna Sorokin hopes to part with scammer identity by... pivoting to NFTs
Jackson Chen
6.22.2022 11:00 PM
This Thing Rules
Why I bought this knockoff Theragun and you should too