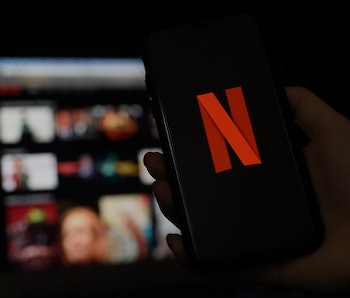 Netflix has updated its parental controls, making it easier to filter out kids' shows you may not want your little one watching. According to CNET, the update also includes the ability the set a PIN number on any Netflix profile to prevent children from sneakily accessing mature content.

Netflix already offers "Netflix Kids" profiles that limit the catalog to a curated selection of children's shows. But maybe there's a title in there that you don't want your child watching; maybe they're not ready for some of themes in a particular show, for instance. With the new controls, parents can use a sliding scale to indicate the range of content their kids can see from TV-Y shows like Spongebob all the way up to NC-17 content, which isn't actually available on Netflix Kids.

Parents can also type in specific shows that they'd like blacklisted from their children's accounts. With the new PIN feature, parents can make sure their tech-savvy kids can't simply switch to an adult's Netflix profile either.

Desperate times call for desperate measures — The changes come at a time when kids across the world at stuck at home with their parents due to the global COVID-19 coronavirus outbreak. Younger children can pose problems for parents who now have to face the challenge of both working from home and taking care of their kids all day. One easy solution to keep yourself from falling apart is simply to plop them in front of the TV. Is it the best solution? Maybe not. But most of us are just trying to survive and keep sane right now, so do what needs to be done.

Netflix Kids vs YouTube Kids — Netflix has done very well targeting the children's market, especially compared to YouTube, which has come under fire in the past for allowing disturbing content into its YouTube Kids app. The company responded by stepping up moderation and blocking children's videos from being monetized with advertisements, effectively eliminating the incentive for bad actors to target children with such videos.

Netflix hasn't faced the same issue because it selects all content before it's available on the streaming service, whereas YouTube's process has traditionally been much more reliant on computer automation. Netflix itself also spends heavily on new children's content.