NYC has a multimillion-dollar crime lab for unlocking iPhones 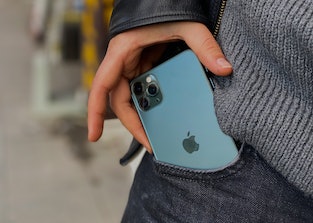 How much NYC has poured into the effort.

What's in the box? — Fast Company was allowed inside the radiofrequency isolation chamber, and reports that the lab sits in the Lefkowitz building in Lower Manhattan and has doors designed to block electromagnetic waves. This prevents the phones from reaching outside servers or responding to wipe requests. Inside, technicians — many of whom are ex-military — operate two supercomputers that generate random numbers to guess the passwords.

One such computer can generate 26 million passwords per second, according to Fast Company. At night, the techs can use other computers in the network to create an even more powerful network. Other tools at their disposal include a robot that can remove a memory chip without heat and specialized instruments that can repair damaged devices.

How well does it work? — For all that effort, the lab has only been able to unlock about half of the phones in its possession, Fast Company reports. "You entrust us with this responsibility to protect the public," Vance says. "At the same time [Apple and Google] have taken away one of our best sources of information. Just because they say so. It's not that some third party has decided, this is the right thing for Apple and Google to do. They just have done it."

And since they have "just done it," I'll gladly take those 50-50 odds in what is essentially a sophisticated guessing game.