Nvidia pushes GPU shortage estimate to the end of 2022

“I would expect that we will see a supply-constrained environment for the majority of next year.” 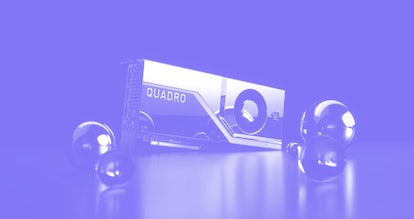 Earlier this year, Nvidia’s CFO Colette Kress made it clear the worldwide GPU shortage wouldn’t be coming to a conclusion in 2021. Now the company’s estimates are a little less forgiving. CEO Jensen Huang said in a recent earnings call that he doesn’t expect the GPU shortage to resolve itself until well into 2022.

“We have and are securing pretty significant long-term supply commitments as we expand into all these different markets initiatives that we’ve set ourselves up for,” Huang said during the call, which was transcribed by Seeking Alpha (paywalled). “I would expect that we will see a supply-constrained environment for the majority of next year is my guess at the moment.”

Deep sigh. This is the second time Nvidia has switched up its supply predictions; originally the company estimated we’d be scrounging for GPUs only through the first fiscal quarter of 2021. That estimate has now been pushed back more than a year. At this rate we’ll probably be on the lookout for a good GPU well into the second half of the decade.

Nice sales, though — Despite the doom-and-gloom outlook of ongoing GPU shortages, Nvidia’s finances are doing totally fine these days. More than fine, in fact. The company brought in a total of $6.51 billion in revenue during Q2 of this year — a new record, up 68 percent over the same quarter last year.

About $3.06 billion of that came from gaming revenue. The company reports that about 80 percent of its gaming GPU shipments are Lite Hash Rate models, which means they’re much more difficult to use for cryptocurrency mining.

Time to wait and watch — The outlook is bleak, yes, but it’s not time just yet to lose all hope. GPUs do get restocked all the time at various retailers, even if only in limited supply. Keeping a close eye on the market can prove fruitful even when you’re searching for the white whale known as the RTX 3080. Nvidia’s increased the chances you’ll find a good one by re-releasing discontinued GPUs, too.

While Nvidia is by far the most popular GPU producer in the world, its reign could be caught short next year if it doesn’t solve its supply chain issues soon. Intel, which traditionally focuses on CPUs, is introducing a new set of GPUs in early 2022. If Intel manages to keep up a steady supply — even if the pricing isn’t all that good — it could make a significant dent in Nvidia’s GPU business.