OnePlus CEO dunks on foldable displays and their ugly creases

“This isn’t something that I can accept in products that are built.” 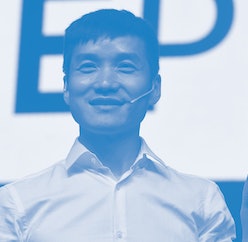 OnePlus has a big year ahead. The company turned up the heat at CES with the OnePlus Concept One that uses McLaren-quality electrochromic glass to make the camera lenses "disappear" and it's committed to displays with 120Hz refresh rates. Not on the roadmap: foldable phones.

Speaking on The Vergecast, OnePlus CEO Pete Lau (through his translator Eric Gass) dissed foldable devices and their not-quite-ready displays. Lau says the company's looked into foldables, but the advantages of foldables don't outweigh their shortcomings (yet); he doesn't believe there's much of a value in foldables right now.

Creases suck — It's no secret that I have beef with the crease on most foldable phones (hi Galaxy Fold) — it's hideous and reeks of an unfinished technology — and Lau agrees. "If you look at the fold and the current foldable technology devices, it’s very large and not very clean or a very crisp fold," Lau said. "That also currently results in a lot of screen creasing or issues with where the fold is in the screen. This isn’t something that I can accept in products that are built."

"Only when the technology is able to get to the level where that folds can be really crisp and not impact the screen at where the fold happens is when it could be potentially usable or potentially applicable" Lau added.

Bendable plastic blows — Lau says the problem with foldables comes down to their plastic displays instead of glass. Plastic is, of course, easier to bend over and over, but is far less scratch-resistant (that's why the Galaxy Fold screen is so delicate and literally fingernails can damage it). Glass, on the other hand, is far less malleable, but more scratch-resistant. No company has released a foldable with a foldable glass screen yet; Samsung's upcoming "Galaxy Z Flip" is rumored to have a glass screen.

The no-gimmick company — OnePlus has always prided itself on leaving the gimmicks to its competitors. For example, despite most phones having wireless charging, OnePlus phones have eschewed it for faster Warp Charging (arguably the fastest available). It's good to see OnePlus has clarity. Rather than leap forward with immature mobile tech, the company seems disciplined enough to wait until certain innovations are ready.

That said, the gimmicks the company have rolled out — like an optical in-display fingerprint reader and motorized pop-up selfie camera — have proven to have staying power thanks to OnePlus's rapid iteration on them.

For now, it looks like OnePlus is sidelining itself in the foldables game. Let Samsung iron out the kinks and deal with potential PR cleanup. The company will swoop in if and when foldable display tech meets its standards.