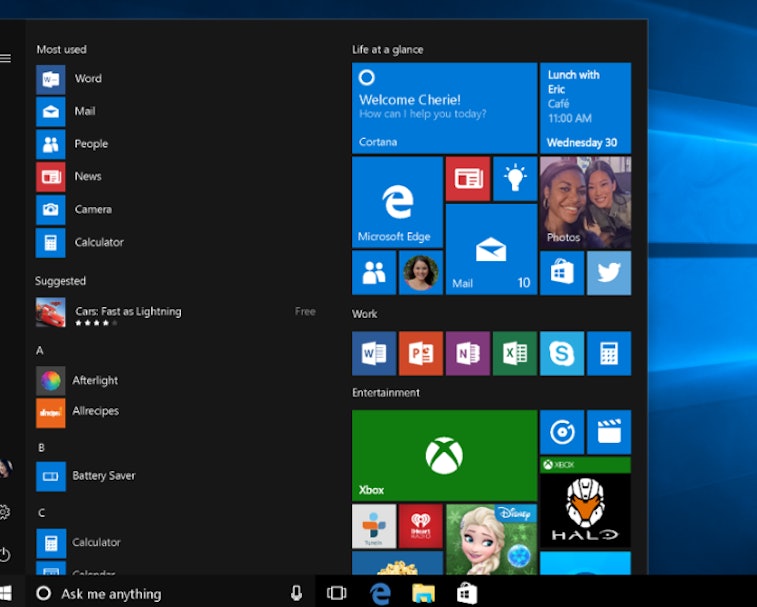 Microsoft is reportedly planning to remove Live Tiles from the Windows 10 Start Menu, according to sources speaking to Windows Latest.

Live Tiles were originally introduced in the now-defunct Windows Phone and were intended to show useful at-a-glance information from your apps right on the homescreen. Instead of opening the Weather app, for instance, its associated tile on your homescreen would periodically "flip" to reveal the temperature in your area. The idea was that you could look at all the tiles on your homescreen and get up to speed without the need to open every app one-by-one.

A neat idea that wasn't meant for desktop — Microsoft brought Live Tiles to the desktop with Windows 8 in order to make the two operating systems more cohesive, but they make much less sense in such an environment purpose-built for productivity. Mouse/keyboard input is fast and multitasking between apps on desktop is breezy. Sitting there waiting for all those little tiles to flip is just too slow to be worth it. Now that Windows Phone is dead there's no reason for Live Tiles to continue.

Microsoft tried its best to shake things up — Like many of Microsoft’s UI designs for Windows Phone, Live Tiles were a unique idea that made the mobile OS stand out from the staid interfaces we're accustomed to. The company once referred to the look and feel as "authentically digital," an apt descriptor especially in its heyday. You have to give credit to Microsoft for trying to shake things up. Unfortunately Windows Phone still had no chance against the dominant forces of iOS and Android due to its severe lack of third-party apps and developer support.

Laptop Mag theorizes that Live Tiles in the Start Menu will be replaced with the standard static app icons as seen in Windows 10X, Microsoft's new operating system for dual-screen and foldable devices. Here's what that looks like: