Report: Samsung only managed to produce 900 Galaxy Z Flips for its Korean launch 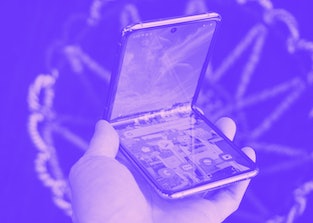 The number of Z Flips Samsung allegedly sold in 7.5 hours in South Korea.

Samsung allegedly managed to sell all 900 of its Galaxy Z Flip phones it had available for pre-order in South Korea in 7.5 hours Korean news site Wiki Korea (via SamMobile). The number of units sounds unusually low for such a hyped product, even for one country.

Treading carefully? — We can forgive Samsung for wanting to be careful after the disastrous Galaxy Fold had to be delayed following the myriad failures of early devices. We also understand that the Z Flip is not a mainstream smartphone like the S20 range. But 900 still seems like a crazy limited run. Is Samsung trying to create an air of exclusivity around the Z Flip? Or is it simply waiting to see how much appetite there is for the foldable before ramping up production?

Hopefully not a Razr sequel — Whatever the reason, we’re hoping we don’t see the same sort of problems with production and distribution that plagued the Razr ahead of its launch. Our early impressions of the Z Flip suggest it’s going to address all of the key complaints about the Razr: the midling camera, similarly average battery life, and pointless chin at the bottom of the phone, in particular.

The Z Flip won’t be available in as many markets at the S20, but at least it’s coming to the U.S. But even then, it's only going to be available on Sprint and AT&T, and in select retail cities. For example, on AT&T, the Z Flip's only available in "Oxnard, CA; Ventura, CA; Lake Forest, CA; Chicago, IL; Oakbrook Terrace, IL; Duluth, GA; Athens, GA; Buford, GA; Pembroke Pines, FL; North Miami, FL; Miami, FL; Union, NJ; Elmhurst, NY; Bridgewater, NJ."

The first Galaxy Z Flip units should be in the hands and pockets starting tomorrow, February 14.