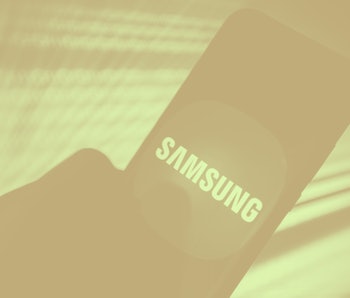 Rumors have been floating around that Samsung is planning to release pared-down versions of its Galaxy S10 and Note 10 smartphones, and new photos of the latter recently surfaced on Twitter from @Mr_TechTalkTV.

The design of this Note 10 “Lite” is a departure from the existing Note 10. The display is more rounded, for one, and the camera module on the rear is squared off as on Apple’s iPhone 11 Pro. The standout feature of the Note line is the S-Pen stylus, of course, which is steel colored in these leaked pictures.

More choice can’t hurt — The “Lite” versions of Samsung’s flagship phones are said to be an attempt to better compete against Apple’s iPhone XR and 11, two phones that have been well-regarded for offering premium experiences at a modest price. Samsung saw strong smartphone sales throughout 2019, though better mid-range offerings may open up more market share opportunities. Note 10 has since been discounted but launched at a price of $950.

According to 9to5Google, the Galaxy Note 10 Lite is expected to feature a 6.7-inch FHD+ AMOLED display with a camera hole punch in the center like the regular Note 10. It may also come with an Exynos 9810 chipset, up to 8GB of RAM, and 128GB of internal storage. Overall, it sounds like the Note 10 Lite could be a freshened-up phone on for those who like the S-Pen but don’t need the latest and greatest internal specs. Pricing is unclear but could be around $700-800.

CES is next week and we’re expecting the Galaxy S11 line to drop sometime soon, so it’s possible we’ll learn more about these Lite phones shortly.