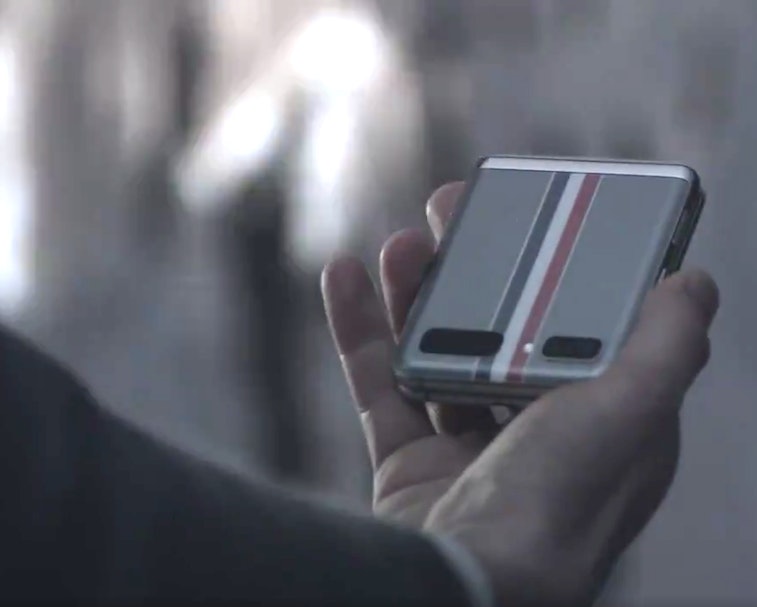 I've never seen a fit pic taken in a mirror and thought, "That phone isn't fashionable enough." Yet, here we are.

Samsung's collaboration with Thom Browne on the Galaxy Z Flip has leaked in a bizarre promo video. To see it, you first have to watch a model in an immaculate Thom Browne suit walk for 90 seconds until he reaches some sort of magical waterfall. Laughs echo in the background, as well as thoughts of "I'm not ready," until the phone magically appears — meaning the phone is the key to... confidence?

The Browne effect — Browne's signature red, white, and blue stripe runs the length of the Z Flip's rear. That's the only addition we know for now, but the motif also appears on a Galaxy Watch band and Galaxy Buds case. No pricing details have been announced either, but we can probably expect it to cost something more fashionable, i.e. more than the Z Flip's rumored $1,400.

Expect more details this week — You wouldn't know it by the commercial the aired during the Oscars, but Samsung hasn't even officially announced the Galaxy Z Flip yet. That will change tomorrow at the Galaxy S20 launch event.