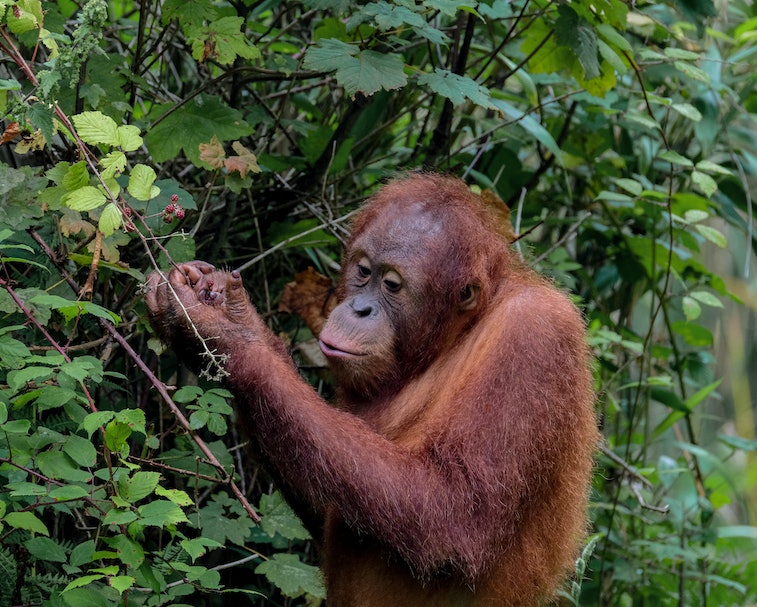 Biotech researchers are working on a synthetic alternative to palm oil, according to the BBC. Sarah Ticku, who is the head of the biotech firm C16 Biosciences, told the outlet that the synthetic replacement could help reduce our hyper-dependence on palm oil.

Retrieving palm oil is a major source of deforestation, according to environmentalists. The product is found in virtually everything we put on our skin and a surprising number of things we put in our bellies. "Over the last 30 years," Ticku told the BBC, "50 percent of palm oil plantation growth has come at the hands of deforestation of tropical forest and peatland. That is really the core of the problem we're trying to solve."

C16 Biosciences is joined by other researchers at the California-based startup called Kiverdi, both of which are looking into commercially viable alternatives to palm oil.

Our deforestation problem — Palm oil comes from palm trees, which are normally found in parts of the African continent such as the West African Upper Guinean forest as well as Southeast Asian countries like Indonesia and Malaysia. Indonesia and Malaysia account for a surprising 85 percent of international palm oil supply. Other countries to produce palm oil also include Colombia, Ecuador, and Guatemala.

With palm oil, we are able to have foods like chocolate, pastries, doughnuts, and other delightful treats but it also goes into the manufacturing of beauty products like lipstick or non-powder blush as well as toothpaste.

To retrieve this ingredient, manufacturers engage in industrial level deforestation, which subsequently endangers the habitats of species like the pygmy elephant and the Sumatran rhino. This deforestation is combined with yet another environmental hazard in the form of millions of tons of greenhouse gas emissions that occur during the conversion of carbon-heavy peat soils into industrial palm oil.

Still far away — Right now, C16 Biosciences' palm oil alternative is far from becoming commercially viable. But investors are interested, according to the BBC. Engineers are busy working on a replacement that involves using genetically-engineered microbes to convert food excess into a palm oil-mimicking product.

At the end of the day, if these groups — both C16 Biosciences and Kiverdi — want to change our current mode of production, its engineers have to create an alternative that can be modified and used in varying contexts, be it food or beauty products. And they also have to prove that its price isn't exorbitantly higher than the naturally available palm oil. If they fail to present versatility and affordability, this synthetic replacement risks becoming a niche product, BBC warns, if it makes it to market at all.