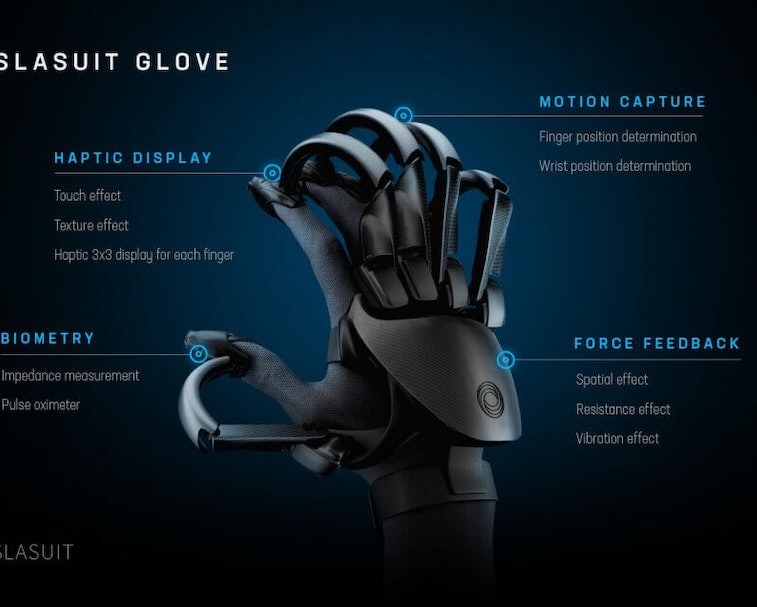 The gloves (which can be connected to the Teslasuit itself) are expected to simulate a range of real-world experiences, including measuring your pulse. An image from Teslasuit depicts the kind of effects the gloves are designed to relay, like touch, texture, finger and wrist flexibility, spatial, resistance, and vibration feedback.

Who could benefit from these gloves? — Teslasuit might win business customers over with its virtual reality gloves thanks to the kind of training opportunities it can offer. As Mikhalchuk noted, the exoskeleton of the gloves seems perfect for medical rehabilitation, “robotic tele-control” applications, precision training, and other professional activities.

To that end, virtual reality training offers the benefit of a risk-free environment that won’t hurt workers. Research also indicates that virtual reality, thanks to its experiential nature, boosts knowledge retention among employees by 75 to 90 percent simply because it’s hands-on learning. It's also scalable so companies don't have to kneecap their budgets by fielding travel expenditures and similar costs for their employees. So these futuristic-looking gloves might make enterprise clients happy.

Gamers will have to wait — Teslasuit's new virtual reality gloves sound pretty intriguing given the quick haptic feedback and near-precise emulation of real-world experiences like pressure, strain, heft, and tension, down to our heartbeat. But it comes with some bad news; the gloves seem mostly designed for business consumers.

This might be a bummer for gamers who want to experience Teslasuit’s tactile skin-like gear. Either way, it looks straight out of a cyberpunk fantasy. The gloves are priced around $5,000 and will be showcased at CES between January 7 to January 10 in Las Vegas, Nevada.